Man dies after taking gunshot to the head in Flushing, Queens: police 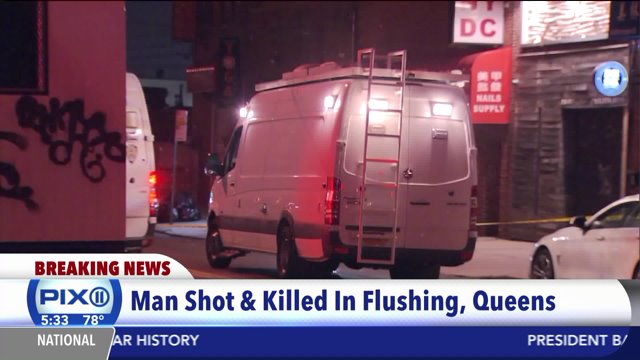 FLUSHING, Queens – A 50-year-old man found fatally shot in Flushing was identified by police on Thursday.

Officers responded to a 911 call of a man shot in the vicinity of 35th Avenue and Farrington Street at 11:58 p.m. Wednesday.

When police arrived, they found a 50-year-old man with a gunshot wound to the head, according to authorities.

He was later identified as Richard Brown, of Hempstead, New York.

EMS took the victim to Booth Memorial Hospital where he was pronounced dead.

There are no arrests.