Family of Avonte Oquendo to get $2.7M in wrongful death lawsuit 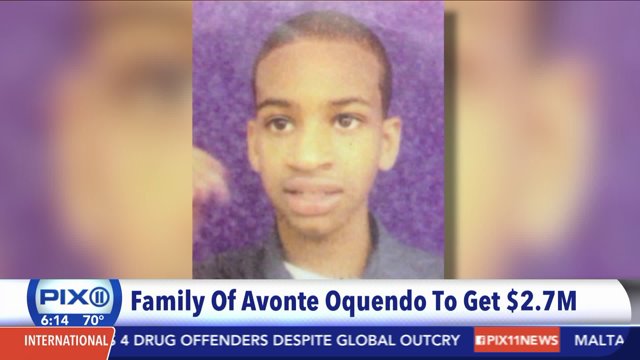 NEW YORK — New York City has agreed to pay $2.7 million to settle a wrongful death lawsuit filed by the mother of a 14-year-old autistic boy who was found dead after leaving his school in Queens.

The Daily News reported the settlement on Thursday. The lawsuit accused school officials and the NYPD safety division of negligence for failing to monitor the exit doors and not properly supervising the boy who had a history of being a flight risk.

Avonte Oquendo ran off from his school in 2013 and was found dead in a river months later. A law passed after his death required schools to install audible door alarms.