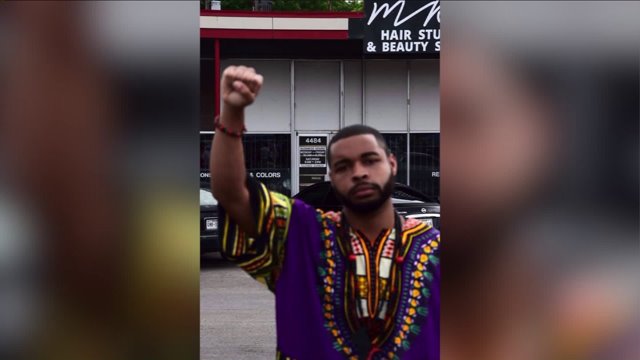 DALLAS — The Thin Blue Line in Dallas may be getting thicker.

Applications to the force have jumped 344% since five police officers were massacred in Dallas on July 7, compared with the same period in June, the department brass reported Saturday.

Whether applications will result in more recruits remains to be seen, but the jump follows a call from Chief David Brown to Black Lives Matter protestors to join the department if they wanted to improve it.

"Serve your communities," he said at a news conference four days after the five officers were killed in an ambush by a man angry about police shootings in Lousiana, Minnesota and across the country. "We're hiring. Get off that protest line and put an application in. We'll put you in your neighborhood and we will help you resolve some of the problems you're protesting about."

The officers were killed while protecting a Black Lives Matter protest.

But joining the department is no guarantee that officers will stay there.

The department has suffered from poor morale and thinning ranks for years,in part because its starting pay is just under $45,000 a year, which Brown told CNN earlier this month was the lowest in the Dallas area.

"It's not sustainable," Brown said on CNN's "State of the Union" on July 10. "It's not just resignation -- it's officers not feeling appreciated."

The 'satisfaction' of serving

Still, at the news conference the next day, Brown noted many officers like him joined the department to make a difference in communities.

"I just love Dallas," he said. "I love serving. It's part of my character. It's part of who I am. Out of all the crap we have to take as police officers, the satisfaction you get with serving (is) much more gratifying."

He said he left the University of Texas to join the force after seeing friends from his Dallas neighborhood get wrapped up in the drug trade.

"It broke my heart, and it changed what I wanted to do in college," he said. "I actually left college my first semester of my senior year to come back and apply to the Dallas police department, do something about what I was seeing in my neighborhood."

President Barack Obama, who spoke at a memorial for the officers, echoed a similar theme.

"Like police officers across the country, these men and their families shared a commitment to something larger than themselves," Obama said at the service. "The reward comes in knowing that our entire way of life in America depends on the rule of law, that the maintenance of that law is a hard and daily labor, that in this country, we don't have soldiers in the streets or militias setting the rules. Instead, we have public servants, police officers, like the men who were taken away from us."

More funerals have been taking place this week for the three law officers killed in Baton Rouge in another ambush on police.

Baton Rouge Officer Matthew Gerald, who was a U.S. Marine and U.S. Army veteran, was buried Friday at the Louisiana National Cemetery in Zachary, La.

Hundreds of people showed up for his visitation and people lined the streets with American flags, many attendees donning blue ribbons in honor of the 41-year old who was on the force for only a year before he was killed July 17.

The three men were ambushed by Gavin Long, 29, a former Marine from Kansas City, Mo., who was angry about police shootings in Baton Rouge and around the nation.