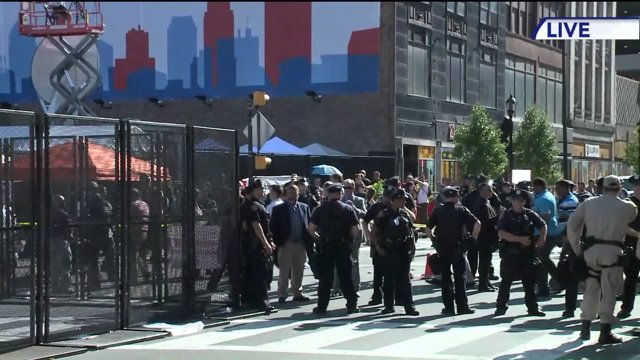 CLEVELAND — Multiple people with their hands cuffed behind them have been detained by police in the most chaotic protest to hit the National Republican Convention.

As a protest group tried to burn an American flag near Quicken Loans Arena on Wednesday, police used pepper spray on people in the nearby crowd.

Police yelled to people to move back as the flag burning group locked arms.

Cleveland Police Chief Calvin Williams was one of several officers in the middle of the crowd trying to keep people controlled.

Police wearing riot helmets arrived on the scene and police horses were being used to create a path to a van for people being detained.