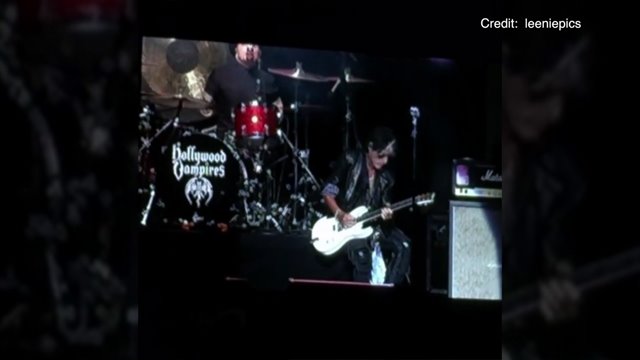 Perry, 65, was playing alongside actor Johnny Depp and fellow rock star Alice Cooper with their side project Hollywood Vampires when he had to sit down on the drum set.

A concertgoer tells PIX11 that Alice Cooper told the crowd Perry was sick.

Police sources say Perry has been transported from Coney Island Hospital to New York Presbyterian Hospital, where his condition have been upgraded to stable.

Cooper thanked concerned fans and updated them on his condition as well on Twitter.

Thanks to everyone asking about our brother @JoePerry. He is stable right now, with family & is under the best care https://t.co/oxCRUqRAk6—
Alice Cooper (@RealAliceCooper) July 11, 2016