Police warn Pokémon Go users to be cautious while playing 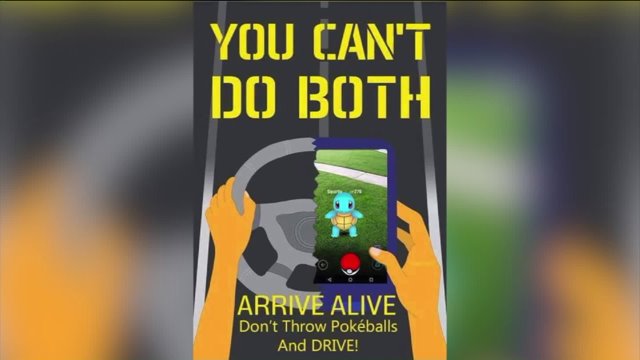 UNION SQUARE, Manhattan — Pokémon is on a new platform and it's everywhere.

But with this new virtual way of playing comes some dangers related to being distracted.

At first it's hard to tell if someone is playing Pokemon or just texting. If you haven't seen it yet you will.

"I'm finding Pokemon all over." Said Lola Colon of the Bronx.

She and a group of friends were playing the new Pokémon Go game Sunday night in Union Square Park.

In case you didn't know it, Pokémon are hiding all over the park.

You can't see them with the naked eye but you can with the GPS app on your phone.

"We've been waiting for this for so long,"  said Carlos Chasijuan.

According to reports a woman found a dead body while searching for Pokémon in Wyoming.

In St. Louis, four teens were allegedly lured to a park where their smartphones were snatched.

Those stories are circulating and this group says they are aware.

"I'm frightened of that and I'm always looking around," said Melanie Penafiel.

They NYPD even sent out a warning urging motorists not to Pokémon and drive.

But players PIX11 spoke with say when you play responsibly the benefits far outweigh the dangers.

"We are out of the house ans away from our video game consoles," said Chasijuan.

Dozens of people were seen playing the game and sharing information in Union Square Park.