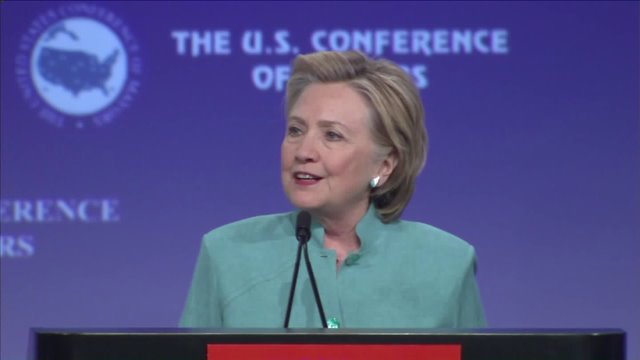 WASHINGTON — FBI Director James Comey said Tuesday that he would not recommend charges against Hillary Clinton for her use of a private email server while she was secretary of state, but that Clinton and her aides were "extremely careless" handling classified information.

"Our judgment is that no reasonable prosecutor would bring such a case," Comey said. "Although we did not find clear evidence" of intentional misconduct, he added, "There is evidence that they were extremely careless of very sensitive, highly classified information."

The revelation came three days after the presumptive Democratic presidential nominee was interviewed by FBI agents.

Of the more than 30,000 email sent to or from Clinton that were subsequently examined during the FBI's investigation, 110 contained classified information — eight were top secret, Comey said.

The Justice Department has been looking into whether anyone mishandled classified information that flowed through Clinton's email server.

Although Comey's announcement removes the threat of criminal charges, it's unlikely to eliminate concerns about Clinton's trustworthiness. And it almost certainly won't stop Republican presidential candidate Donald Trump from continuing to make the server a campaign issue.

Shortly after the announcement, Trump tweeted: "The system is rigged. General Petraeus got in trouble for far less. Very very unfair! As usual, bad judgment."

Speaker of the House Paul Ryan also released a statement saying that while he respects the FBI, Tuesday's announcement "defies explanation.