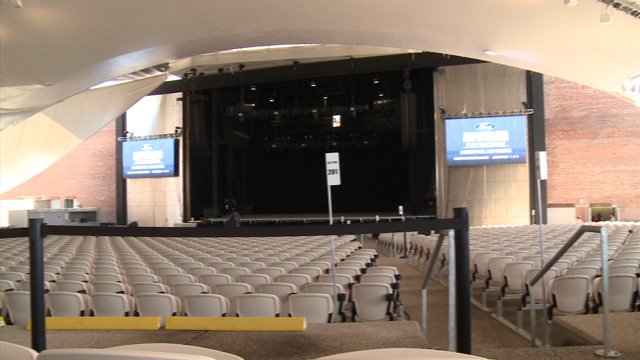 CONEY ISLAND -- There’s now one more reason to visit Coney Island’s iconic boardwalk this summer – a brand new, 5,000 seat amphitheater that promises more excitement to a neighborhood that already has everything.

Mayor Bill de Blasio was among those on hand Wednesday for the unveiling of the Ford Amphitheater at Coney Island Boardwalk.

The state of the art covered, open-air venue is the first of its kind in the tri-state area.

“The legend of Coney Island is a legend that grows now,” the Mayor told reporters at the unveiling. “This is going to be one of those special places in New York City.”

In addition to an eclectic lineup of performers secured by Live Nation, the venue will host free concerts, as well as a variety of community-based cultural, educational and sporting events throughout the year.

The Grand Opening celebration schedule is as follows:

Friday, July 1 – The weekend kicks off with a comedy performance from the stars of truTV’s “Impractical Jokers,” and New York natives, The Tenderloins.

Sunday, July 3 – Two of music’s most iconic artists – Sting & Peter Gabriel – will unite for a landmark concert singing all their hits on the boardwalk stage.

Monday, July 4 – Rounding out the weekend, Rock & Roll Hall of Famers The Beach Boys will perform on the Fourth of July before a celebratory firework show.