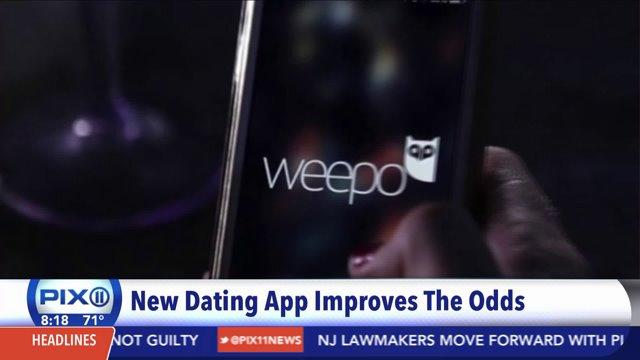 NEW YORK — Allegra Fasulo and Jesse Deleon are both single 20-somethings. They love the New York nightlife and meeting other single people, but they always have the same problem.

"We’ll get to that place and there are clearly more men than women," Deleon said. "So many girls are there and then there would only be a few men sitting at tables."

A night out on the town in the Big Apple can cost a small fortune. And both Allegra and Jesse say too often they get somewhere and find there aren’t enough fish in their pond for a fun night. They’re also both use the dating apps, but find those have problems too.

Deleon said it's all about the time.

"For me, I'm really busy with work. I just hate going on these apps and messaging people to get the conversation going. I'd rather be talking in person," Deleon said.

Fasulo talked about the struggle to establish an online connection with someone.

"The whole virtual thing. Let me look at your Facebook pictures. That way I can see if I like you. I’m just not a huge fan of dating online."

But now there’s a way to find other singles at a place that gets the girl/guy ratio just right and sets up a meet and greet on the same night.

Called Weepo, it shows people the profile of who else is headed to a certain club. Then using the familiar swipe left, swipe right, it let’s you know if the other person is interested. Then a quick back and forth text lets the two agree to meet that night. Instant single satisfaction.

"It's easy and effortless. I already know she likes me I go over and know she already wants to meet me. It’s a lot of fun," Deleon said.

Fasulo likes that she's with her friends when meeting a new date.

"I'm matching with someone, then meeting them that night. It’s just so much better to meet someone in person," Fasulo said.

The app that combines the feel of a set-up with the ease of an app and low key meet up of a bar is the brainchild of Rory Lagusi who is a a singleton himself. It recently launched in New York and already 50,000 singles have signed on.

"Once you decide where you’re going to go you can start to meet them right now," Lagusi said.

Pick your venue, check-in with the opposite sex to see who’s going, start chatting and plan a meet up that night.

"But there’s no pressure. You might get there and meet someone else. And that’s ok too!"

Traditionally, the odds of meeting someone you’d start a relationship with in a bar are very low, less that 10 percent. But Weepo harnesses the dating app portion, setting you up before you step foot inside the club.