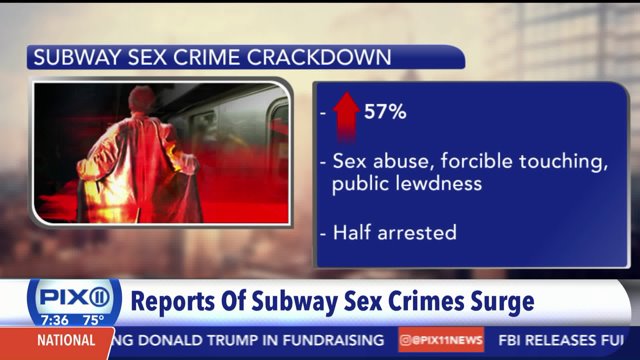 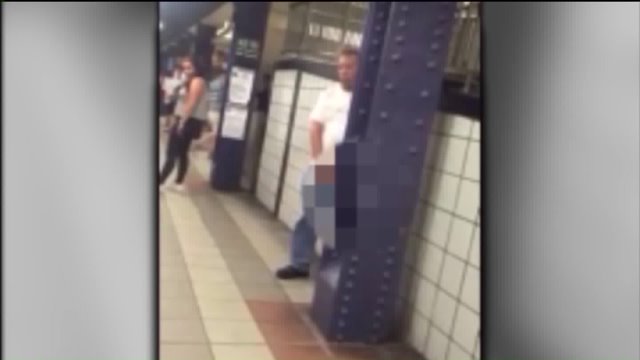 NEW YORK – The number of sex crimes reported on the subway is through the roof but there's a big positive to the bad news – it means more women are standing up and telling police.

The NYPD says there have also have been 72 more arrests this year compared to 2015. And it's directly because more women are standing up against these disgusting incidents.

"Profound experience to read the woman's own words [of] anger, embarrassment and mostly fear," Transit Bureau Chief John Fox said.  "These offenses include crimes such as forcible touching, public lewdness and unlawful surveillance."

More than 400 sex crimes have been reported in the subway so far this year – an increase of 57 percent from last year.

Fox said there's no evidence of more sex offenses occurring on trains but instead more women who have courageously come forward to report the incidents.

The MTA and the NYPD have stepped up efforts to combat subway sex crime fighting, including more plainclothes police officers, more announcements and photos of suspects released to news outlets.

"Recently, I've noticed a theme now, several victims mentioned they were inspired to report the incident because they were seeing media coverage of how seriously we're taking this," Fox said.

Stories like of Natasha's are encouraging to Debjani Roy, deputy director of the anti-harassment group Hollaback.

"You want to respond in the moment, you can say something in response and if you want to keep quiet and do nothing, that's fine too and keep on moving but we do encourage people to share their stories of harassment it encourages others to come forward," Roy said.

Thanks to technology, you can snap a picture and submit it to the NYPD, MTA and Hollaback.