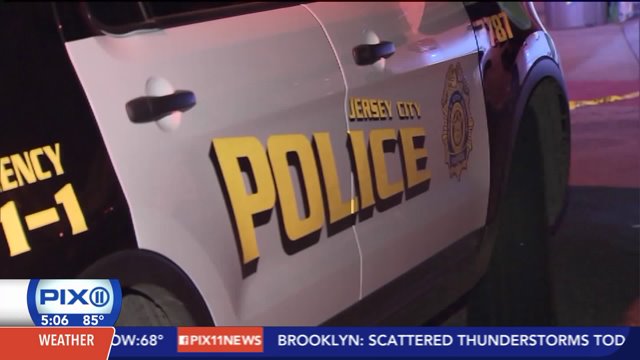 JERSEY CITY, N.J. — Prosecutors say police shot and wounded a man who was threatening his mother with a knife at their Jersey City home.

Police responded to the Lembeck Avenue home shortly before 11 p.m. Monday and were soon confronted by 25-year-old Christopher Matthew. Prosecutors say Matthew lunged at police with a knife and was shot in the extremities by one officer.

Matthew remained hospitalized Tuesday in stable condition. He faces weapons charges and six counts of aggravated assault. His bail was set at $50,000 and it wasn't known if he's retained an attorney.

Matthew's mother was treated at the scene for minor injuries. Three police officers were treated for undisclosed injuries and were later released.

Authorities have not said why Matthew allegedly threatened his mother.

The prosecutor's office is investigating the shooting, which is standard procedure when an officer fires a weapon.