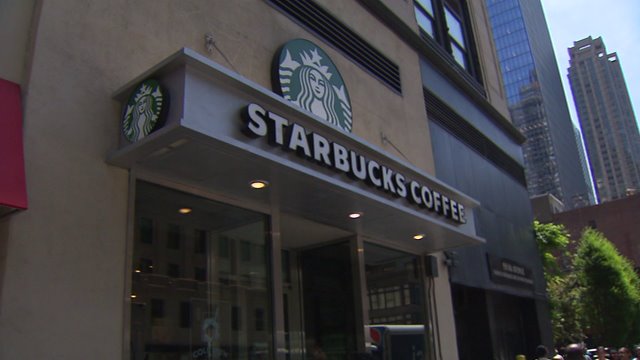 CALIFORNIA — There's something brewing at Starbucks, and it's not a new summer flavor.

A judge has ruled that a lawsuit claiming the company underfills its lattes can now move ahead.

Consumers are steamed that their Starbucks cups aren't as full as they'd expect. That's according to several federal lawsuits filed in California by consumers who say that the coffee giant is serving up lattes that are 25 percent too small.

A U.S. district judge in San Francisco said that they can now seek damages for fraud and false advertising.

"What is the customer understanding as to what a 12 oz, 16 oz, or 20 oz is all about? Obviously there's some customers saying, 'Where's the milk?' Think of this as them being on step two of a 25-step process, so they have a long way to go," consumer advocate Adam Levin told PIX11 News Tuesday.

The lawsuit -- filed in March-- claims baristas are instructed to leave at least a quarter of an inch of space below the rim of the serving cup and faults Starbucks for treating the top layer of foam as part of the total volume to save the company money.

In May, a customer in Chicago filed a $5 million lawsuit against the chain claiming it used too much ice in its cold drinks. That case was dismissed. Starbucks essentially has said all of these types of lawsuits are without merit and released a statement saying, in part:

"All of our handcrafted beverages are made in accordance with our customers’ preferences. If a customer is not satisfied with their beverage preparation, we will gladly remake it. We will be prepared to defend our case in court."

As for how this will affect customers, if at all? That's still up in the air.

"Will the market place use this as an opportunity to charge more? Who knows? But at the end of the day, people have the right to air a grievance in court and it's up to the system to determine how this ends up," Levin said.