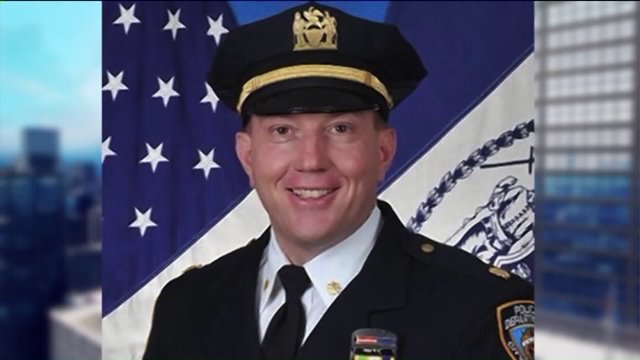 NEW YORK –  Monday was a challenging day for the NYPD, as they saw three of  their own go from law enforcers to alleged law breakers.

"Days like today are not pleasant or easy for people in the business of law enforcement," U.S. Attorney for the Southern District Preet Bharara said.

NYPD Commissioner Bill Bratton was candid with his viewpoint of what happens when a cop turns their back on an oath as well as the public during a news conference announcing the arrests.

"This case shows if you are a cop or a chief, if you break the law, you will be handled the same way," Bratton said.

"Hotels in Rome for Grant, in Chicago for Harrington, a Super Bowl trip to Las Vegas on a private jet for Grant, over $75,000 in private security business for Harrington and some $12,000 in home contract work for Grant not to mention expensive dinners, sporting events tickets, there is even an allegation of toys for one of the officers' children," Bharara said during a packed news conference at his office.

The toys were for Inspector Grant's children according to the complaint.  In fact, the complaint alleges that Grant toyed around with a hooker while on a private plane and in a Las Vegas hotel room for a Super Bowl weekend junket provided by one of the defendants named, Jeremy Reichberg.  In exchange for the alleged bribes, Bharara said that Reichberg and others were provided protection.

"They got in effect, a private police force for themselves and their friends," Bharara said.

VIP access, police escorts, disputes settled and unlawful gun licenses in a matter of days are few of the services received in exchange according to Bharara. The gun licenses allegation are extremely disturbing as a result who they were being provided to.

"Gun licenses were issued to people who had no business having them," he said.

The corruption probe has lasted for more than three years and since it has emerged, so has news of an investigation into Corrections Union Chief Norman Seabrook that culminated in his recent arrest as well as a probe into Mayor Bill de Blasio.  While Bharara did not comment on other investigations, he did make sure to praise the honest working members of the NYPD.  The vast majority who do their jobs with honor.

"The NYPD is in my view, the finest police force in the world and has done more to protect our city and keep us safe than any comparable force, in any city, anywhere."

The union that represented Grant issued a "no comment" on the matter. According to Commissioner Bratton, Chief Harrington and Inspector Grant have retired under suspension and not on good standing.