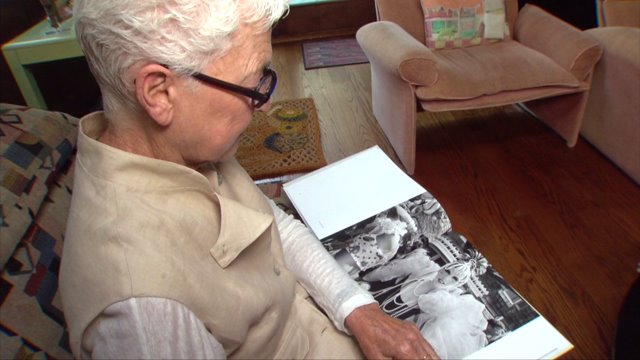 "I was overwhelmed by the news, it was horrific," Susan Kravitz said.

Susan Kravitz’s heart was broken after hearing about the massacre in Orlando.

“It was a terrible day for the gay community,” she said.

That same community will come together in two weeks to honor the victims and celebrate each other, at the annual ‘Invasion of the Pines’ on Fire Island.

“The Invasion of the Pines started in 1976, when a member of the Cherry Grove community was dressed in drag, went to a restaurant in the Pines and was told that he would not be served dinner,” she explained.

That person, known as Panzi, rallied dozens of friends to party in protest.

“It’s this raucous, joyous occasion that is celebratory of being free, of being who you are,” Kravitz explained.

Susan always saw herself as more of a spectator taking photographs and documenting its evolution.

“When we first started going to Cherry Grove in the 1980s it was a refuge,” she described. “As people became more and more confident about themselves the Invasion grew and grew.”

She’s now publishing her photos in a book, ‘Mascara, Mirth and Mayhem.'

Over the years, Susan’s lived through the gay community’s highs and lows, including the AIDS epidemic.

“Before we knew what was happening, we didn’t know why people were dying,” she remembered. "People would come on board with ashes of loved ones and they would scatter their ashes in the bay.”

They’ve come a long way since then and she hopes that resilience is portrayed in these pages.

“I could’ve never imagined this, it’s astonishing to have lived long enough to see," Kravitz said. "Now they have the same rights as everybody else has and that’s really what gay people want.”

'Mascara, Mirth and Mayhem' is available July 4, the same day as the 40th Invasion of the Pines.