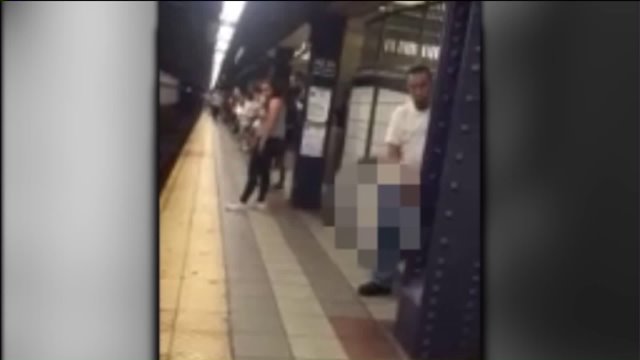 Ramon Gonzalez, 58, was arrested at 12:30 p.m. and is expected to be charged with public lewdness, according to the NYPD.

He was arrested a day after Natasha Huang-Smith says she was on a subway platform near the Port Authority when she spotted a man touching himself.

She then pulled out her cellphone.

"He looked directly at me and I had the cell up as if I was texting or listening to music," Huang-Smith said.

She continued to film him, and later turned over the evidence to police.