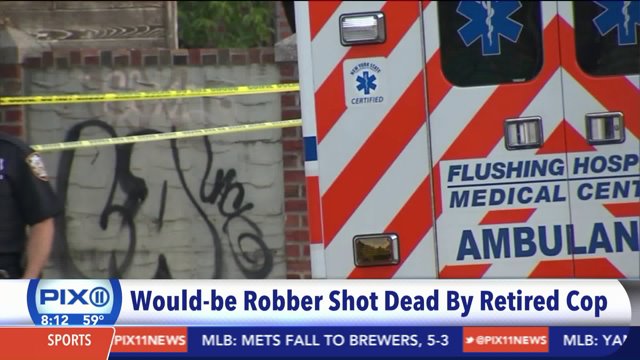 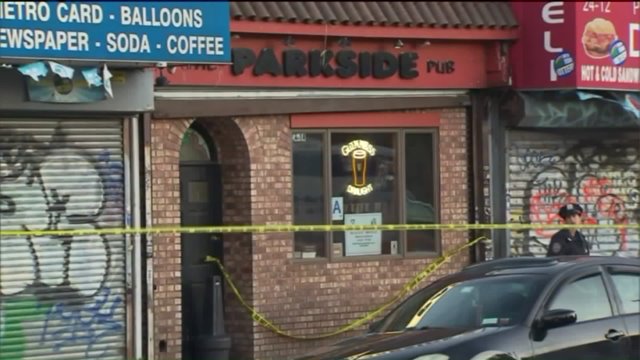 WHITESTONE, Queens – An armed man was gunned down by a retired NYPD officer as he allegedly robbed patrons at a Queens bar on Monday.

The fatal shooting happened at Parkside Pub on 149th Street in Whitestone at 3:53 a.m.

Police said 30-year-old Andrew McClean walked into the pub waving a gun and announced a robbery. He took money from the cash register and then stole from some customers before the former cop fatally shot him, according to police.

The cop, identified by police sources as 69-year-old Robert Beardsley, retired in 1975.

His police officer instincts kicked in Monday. He fired one round hitting the robber in the head killing him.

Neighbors in his Whitestone community say they know he's a retired police officer but he was low-key and quiet.

"He always says hello, he's friendly. He's a good guy. When I was a little kid he used to be out mowing his lawn and I'm playing. He's very nice to me," said Christopher Rusch, whose father owns the house next door from Beardsley.

Eugenia Zaharopoulos has lived down the street from Beardsley for 39 years. She remembers his quick thinking that saved her daughter's life all those years ago, when her child got locked in a car trunk.

"She was playing with her friend her friend locked her by accident. I started screaming and he run over. Even though he never said hello to me from that day he always says hello," said Zaharopoulos.

Police say the incident is still under investigation. No charges have been filed.

PIX11's Ashley Soley-Cerro and Chris Brito contributed to this report.