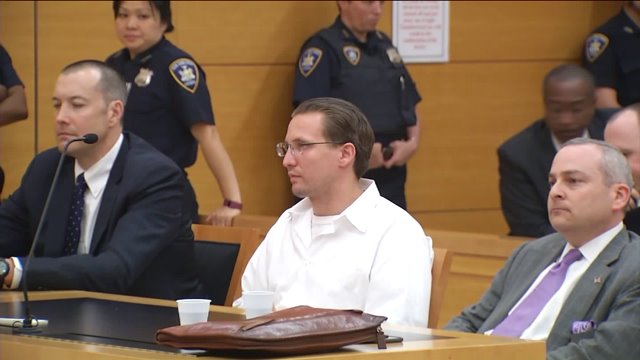 BROOKLYN, N.Y. — John Giuca, his family and thousands of supporters nationwide had maintained that he was innocent of the murder of which he was convicted 11 years ago, but a judge on Thursday determined that the 32-year-old was guilty of the murder of college football gridiron star Mark Fisher in 2003.

The judge also ruled, in opposition to what Giuca's attorney's had argued, that their client had received a fair trial more than a decade ago.

Giuca's case has garnered a lot of attention from a variety of sources and for a plethora of reasons. Among them was the fact that Giuca's mother, Doreen Giuliano, temporarily adopted a new identity and went undercover for a year. She did it in order to get romantically involved and win over the trust of a juror who'd allegedly voted to convict as a form of discrimination. He'd mistakenly thought Giuca was Jewish, and admitted it all to Giuliano on audiotape.

It was not allowed as evidence, ultimately.

On Thursday, Brooklyn Supreme Court Justice Danny Chun ruled in the latest of a series of twists and turns in Giuca's story.

Last year, his attorneys had asked and received a series of hearings to consider if their client had been denied a fair trial. Those hearings lasted for weeks in the fall, but their outcome wasn't announced until Thursday, from the bench.

"I have denied the defendant's motion to vacate the judgment," Justice Chun said to a quiet courtroom.

He said that he came to his conclusion despite what had been presented to him by Giuca's defense team.

Lat fall's hearing they brought the key witness who, during the trial 11 years ago, had testified that Giuca had confessed the crime to him while in custody. But at the new hearing last fall, that informant, John Avitto, admitted under oath that he'd made up the confession story in exchange for lenient treatment by prosecutors.

That, and Giuca's steady number of supporters in court at every hearing were unable to sway the judge to allow for a new trial. It was a crushing blow to Giuca's mother.

"I just want my son. Give me my son," Doreen Giuliano cried outside of court. "Let him prove his innocence. Give him a fair shot!"

"John's a mess," she said. "He's suffering, he's in a cruel prison. Give him a fair trial. Everyone knows he didn't get a fair trial."

Brooklyn District Attorney Ken Thompson begs to differ. The D.A., who's earned a reputation for examining and exonerating cases of wrongful conviction, said in a statement that Giuca's case isn't one of them.

At court, Mark Fisher's family members had no comment as Giuca was put back in handcuffs on his way back to prison upstate.

Justice Chun, in his ruling, did point out that the case can be appealed. Giuca's attorney guaranteed that it will be.

"I have no doubt," said lawyer Mark Bederow. "His rights were violated. I have no doubt that when it gets up on appeal, [the case] will be vacated."