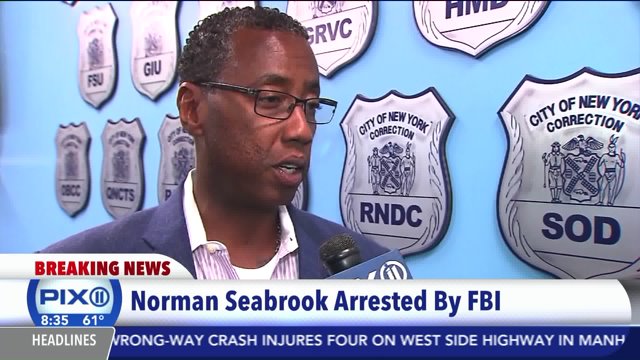 NEW YORK — The head of the nation's largest municipal jail guard union is facing federal corruption charges along with a hedge-fund founder.

Norman Seabrook is seen in a photo posted to the New York City Correction Officer's Benevolent Association website. The FBI arrested him on June 8, 2016.

A 17-page indictment says that in return for kickbacks, Seabrook agreed to "direct transfers of millions of dollars" in union retiree benefit and operating funds to the hedge fund.

It says Huberfeld used an intermediary to pay Seabrook an initial kickback of $60,000 in cash. In 2014, Seabrook directed a total of $20 million of union money to Platinum.

Union representatives did not immediately respond to comment requests.

There was no immediate information on an attorney who could comment on Huberfeld's behalf. An email to Platinum was not immediately returned.