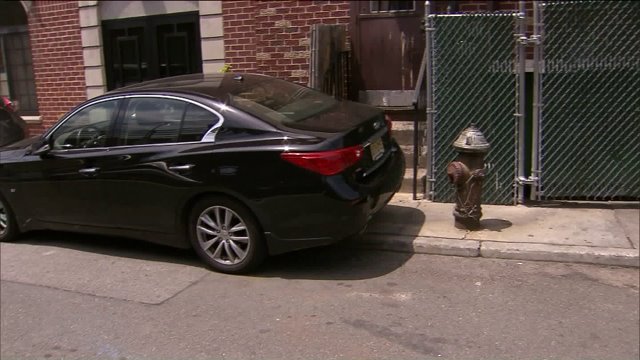 A tip from a PIX11 viewer claims Manetta’s restaurant on Jackson Avenue is the culprit.

The video we shot shows the lunchtime crowd pulling their cars  up to the restaurant on the corner, where the sign outside says Valet Parking.

The two parking attendants then take those cars down the block on 11th Street, a public thoroughfare, where they park them up on the sidewalk, bumper to bumper.

The cars are sometimes parked so far up on the sidewalk that it’s impossible for pedestrians to pass by.

We spoke with the owner of the building and the manager of Manetta’s, who say the police have given them permission to park on the sidewalk, as long as there is a clear path left for pedestrians.

But as you’ll see, that’s not always the case.

In addition, we found customers’ cars blocking the fire hydrant.

Imagine the chaos if all restaurants did the same thing.

But even if that is true, does that make it right? It’s not a valet parking lot, it’s a city street and sidewalk.

If you’ve got a story for us, email me at WhataShame@PIX11.com.

STAY IN THE KNOW: Get PIX11 News headlines delivered right to your inbox
40.742686 -73.951852
Copyright 2020 Scripps Media, Inc. All rights reserved. This material may not be published, broadcast, rewritten, or redistributed.