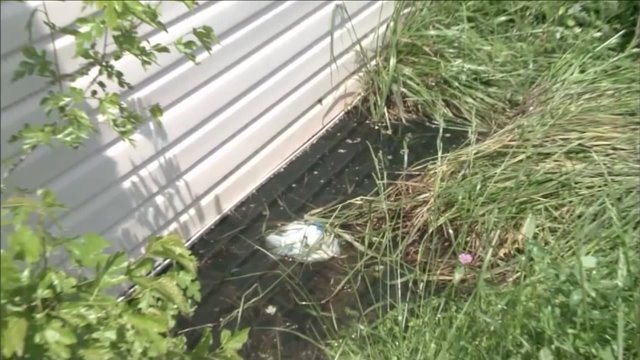 FAR ROCKAWAY, Queens – Instead of a sanctuary, a Queens home is more like a biohazard.

Maria Garcet said her home is sitting on raw sewage but she doesn’t know where it’s coming from or how to clean it up, so she called PIX11 News.

When our crew arrived, we smelled the problem right away. Dirty water and raw sewage was seeping into her front lawn, backyard and beneath her home.

Her neighbor Mo Rahman is beyond angry.

Three families live in the apartment complex, some with small children.
Rahman said he's called every city agency and nothing has been done.

PIX11 News called the landlord who no one has seen in months. It went to voicemail, so we left a message.

The health department said they’re looking into it. A crew from the Department of Environmental Protection will be sent out to the site to investigate, a spokesperson for that agency told PIX11 News.