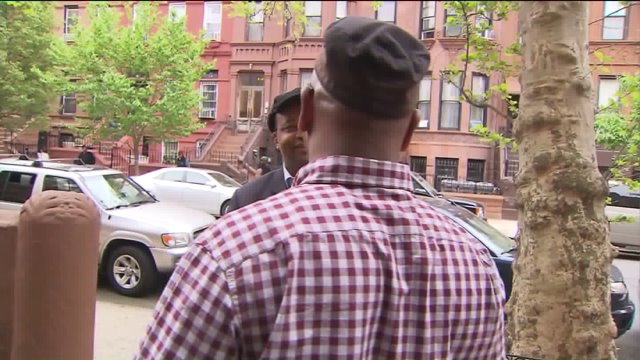 BEDFORD-STUYVESANT, Brooklyn -- It's an advertising and legislative campaign that's intended to warn of the harmful effects to a neighborhood that can be caused by short term rentals, like Airbnb. However, new information shows that an Airbnb rival has been behind the campaign.

"It's free enterprise," said one Airbnb host to PIX11 News regarding his side business. "It's the American Way," he added, defending the guest hosting he does on the top floor of the four story brownstone he bought 35 years ago, when home purchase prices here were quite low, but crime was quite high.

That's now reversed, and short-term innkeepers like him are saying that they've earned the money-making position they're in. He did not want to be identified in any way for this story, but nonetheless felt strongly about a new investigation by the Wall Street Journal that the Hotel Trades Council, or HTC has funded efforts to shutter the short term rental market in New York City.

"It's a good business, unless you're greedy and don't want to pay your share," the Airbnb host who chose to remain anonymous said. He also accused the HTC of being overprotective.

The WSJ's analysis showed that HTC leadership had met with Mayor Bill de Blasio four times, and, through its housing advocacy group called the Share Better Coalition, had written talking points for legislators and had written draft legislation for them. The Journal's investigation also showed that another pro-hotel lobbying group, the union called Unite Here, donated some $400,000 to Mayor De Blasio's now-defunct Campaign for One New York, a fund set up to help re-elect the mayor and support the political campaigns of his allies.

For its part, the HTC and other pro-hotel lobbying entities have said that the mayor and other anti-short-term rental legislators have long been opposed to Airbnb and similar types of unregulated, in-home lodging businesses.

The whole situation sparked a strong reaction from other long-term residents, who said that the influx of tourists and their dollars has improved businesses in the area and has generally bettered their community.

"You go get people out then new people come in. It's working," said Eon Coxhall, who's lived in Bed-Stuy for more than three and a half decades.

Carly Doran, a barista manager whose coffeeshop opened here three months ago, said that while she caters to plenty of local residents, one additional thing has been good for business and for the neighborhood.