Landlord ranked ‘one of the worst in NYC’ charged with fraud, tenant harassment 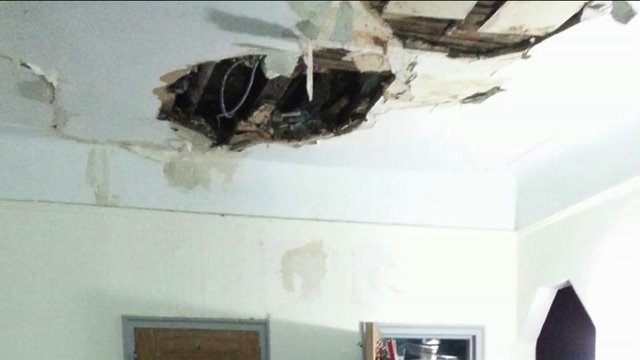 LOWER EAST SIDE, Manhattan —A wealthy landlord who owns more than 140 apartment buildings in Manhattan has been hit with 20 felony counts and a civil suit.

Steven Croman has been the subject of a 2-year-long investigation by the office of New York Attorney General Eric Schneiderman.

"The scope of this enterprise was really unlike any other we've seen in New York," said Schneiderman. "This guy was essentially the Bernie Madoff of landlords."

For years, Croman’s tenants claimed he used scare tactics and intimidation to get them to move out of their rent stabilized apartments so he can turn them into market value units. Croman was a regular on the New York City "Worst Landlord List," put out by the Public Advocate's office.

Shawn Dahl endured years of stress and what she calls unhealthy living conditions in her Lower East Side apartment.

"They ripped up the floors of the ceiling of the apartment above mine just started dumping things into my ceiling," said Dahl. "And then throwing things down the toilet everything backed up, the toilet overflowed and my ceiling came crashing down."

She says they did not notify her of what happened and she didn’t discover the damage until she returned home from her vacation.

Dahl is not alone. Cynthia Chaffee has her own horror story.

"He started harassing us, his supers and property managers were being extremely abusive especially to the elderly tenants screaming at us telling us to move out," said Chaffee.

Croman surrendered to police this morning at the First Precinct.

Croman also allegedly inflated the amount of rent charged for certain commercial spaces in his buildings in an effort to show greater rental income.

The attorney general’s office says Croman falsified these rent rolls in order to inflate the annual rental income of his buildings, upon which his refinancing terms are partially based. Over a three-year period, Croman allegedly received more than $45 million in loans under false pretenses.

Croman’s mortgage broker, Barry Swartz, is also facing 15 felony counts.  If convicted of the felonies, Croman and Swartz could face as much as 25 years in prison.

The civil suit alleges illegal tactics to push tenants out of their rent-stabilized homes.

Other details in the suit:
- Claims that Croman offered bonuses to employees who secured "buy-outs."
- Claims that Croman filed baseless lawsuits against tenants to get them to give up their apartments. The suit claims Croman’s employees created a false record for litigation by refusing to acknowledge receipt of tenants’ rent checks and then suing them for unpaid rent.
- Claims of a pattern of illegal and hazardous construction in his rush to  flip vacant rent regulated units into pricier ones.

“Our investigators found lead in some areas was more than 65x the legal limit for lead,” said Scheiderman.

The lawsuit says Croman referred to Falconite as his “secret weapon” and alleges Falconite routinely threatened tenants and improperly accused them of violating their lease.

He also allegedly abused his position as a former NYPD officer to threaten and intimidate tenants.

Falconite is also accused of falsely posing as a repairman to gain access to the inside of apartments.

"The scheme was comprehensive and went from crudest level of harassment of tenants to the sophisticated defrauding of banks," said Schneiderman.

Croman is said to move in New York social circles. He has hired high powered attorney Benjamin Brafman who released a statement today:

“Mr. Croman has entered a plea of Not Guilty. The charges in this case are defensible and Mr. Croman intends to address all issues in a responsible fashion. The criminal charges have nothing whatsoever to do with allegations relating to tenant harassment. “

Croman pleaded not guilty in Manhattan criminal court this morning. He was released on $500,000 cash bail.