Captive in the Caribbean: How an insulin shot revived a New York City cold case 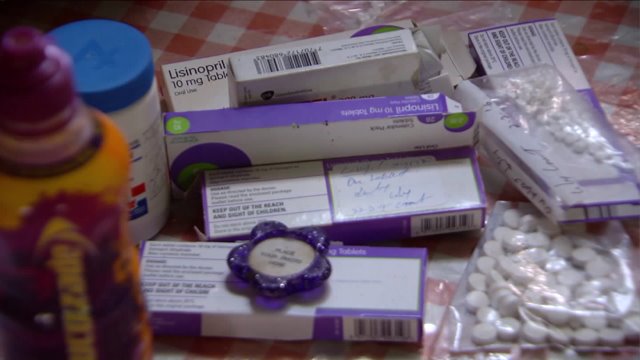 ST. VINCENT AND THE GRENADINES — When you meet Mewanah Hadaway, you see the trauma she’s endured in her eyes — and you’re impressed by her ability to still smile.

Police on the Caribbean island of St. Vincent and the Grenadines said Hadaway, 24, was held captive for three and a half months by an ex-boyfriend who didn’t want to let her go.

“I lost track of days,” Hadaway told PIX11 News, with tears streaming down her face.

After PIX11 News broke the story on April 22 about the St. Vincent kidnapping and its potential connection to an unsolved, 2006 Brooklyn murder case, “Crime Watch Daily” sent us on a 2,000-mile journey to the southern Caribbean to get the back story.

We were looking for the people who knew the kidnapping suspect, Veron Primus.

Within days of Hadaway’s rescue, Primus was being charged with murdering a real estate lady on the island back in November.

But the larger story for a New York journalist was information gathered in St. Vincent about the unsolved strangulation of Brooklyn honors student, Chanel Petro Nixon.

Petro Nixon had attended middle school with Primus at a Seventh Day Adventist church in Brooklyn.

She told her mother she was meeting Primus on Father’s Day 2006 to file job applications in Applebee’s.

Primus allegedly told her family and friends Chanel stood him up.

Mewanah Hadaway said Primus was still carrying around the news clip about Chanel’s 2006 murder, when she was dating Primus in the summer of 2015.

“He said he didn’t kill her, but he knew who did,” Hadaway relayed to PIX11 News about a conversation with Primus.

Primus has never been charged with Petro Nixon’s murder, but he’s long been a person of interest.

Two women accused Primus of rape, but he was acquitted at a non-jury trial.

Primus was then convicted of criminal contempt, found guilty of violating an “order of protection” taken out by an ex-girlfriend, who said he once tried to hold her captive.

Now Primus is accused of holding another woman captive, along with the St. Vincent murder.

Hadaway was rescued, because she knew a neighbor from her community on St. Vincent came to the mountain home where she was held captive….every evening.

The college student was doing a good deed, administering an insulin shot to Primus’ great-aunt, who lived upstairs from a wooden enclosure next to the kitchen, where Hadaway said she was held.

On April 14, Hadaway told PIX11 News that Primus let her out of the enclosure and told her to sit on a chair near the refrigerator, while he cooked.

Hadaway told PIX11 News when Primus went outside to wash a pot, she took the opportunity to open the fridge and put a cry for help in the insulin box.

The college student showed up the next night, read the note, got help, and made sure Mewanah was freed.

PIX11 News has also learned the NYPD is reviewing every “cold case” that Primus could potentially be linked to.

It could be a tedious job, but one law enforcement source said of the case, “This is a big one.”