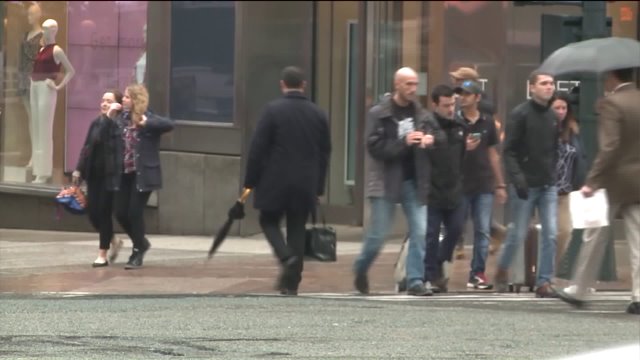 So far this month, there has not been one rain-free day, nor has there been a day in which we've seen the sun. Add to that a record streak of below-normal temperatures and it's a recipe for the doldrums. The secret to overcoming them, according to some experts, may come as a surprise.

The monotonous intensity of the gloomy weather is made clear by a look at a weather almanac.

"In the six days of May," said Rob Frydlewicz, a weather historian and founder of the NYC Weather Archive blog, "we've had more overcast days than we had in all of April."

In other words, that's a month's worth of gloom in the last six days alone. If that weren't enough, he pointed out, May has another un-springlike distinction.

Friday "is the 11th day in a row with below average temperatures," Frydlewicz said, "which is the longest streak we've had like this since February of last year."

It's a combination of cold, gray and wet that's left many people in our area frustrated at best, and depressed at worst.

"I'm not happy about it," Marybeth Reilly told PIX11 News. "We need the blue skies. I just wish it was a little warmer so I'm not dressed like an Eskimo."

Laura Schellenberg is a German tourist who arrived in New York on Friday, anticipating the weather to be like it was during most of April.

"I expected it to be nice and summery," she said.

All over town, all week long, there was no shortage of people wearing winter coats, hoodies, and other cold weather gear while walking underneath umbrellas or wearing rain gear.

"People have had it," said Robin Kerner, PhD, a psychologist who's also one of the country's foremost researchers on the effects of weather on people's moods.

"People were just ready for spring to spring," she said. "We're trying to tell people to hang in there."

The way that's most successfully done, she told PIX11 News, is for people to not hole up inside during this extended string of cold, wet, rainy days.

"No matter what the weather," she said, "you've got to get out and about."

She said that getting exposure to natural light -- even without direct sunshine -- and fresh air are key to not succumbing to the dull weather doldrums.

"I like to say there's no such thing as bad weather, there's just bad clothing," Kerner said.

Her prescription was to grab an umbrella, put on a warm raincoat and boots and "get out there and have some fun."

She also said she didn't mind PIX11 mentioning that minutes after her interview, she was headed to a flight to see her mother for Mother's Day -- in South Florida, where the forecast calls for warmth and sun. Still, she said, the key is to be as positive as possible in any location.

Here in the tri-state, that can happen with a look ahead that's based on the recent history of weather in our area.

"Don't forget," said Frydlewicz, the weather historian, "the beginning of April [of this year] started out the same way -- wet. [May] might dry up."