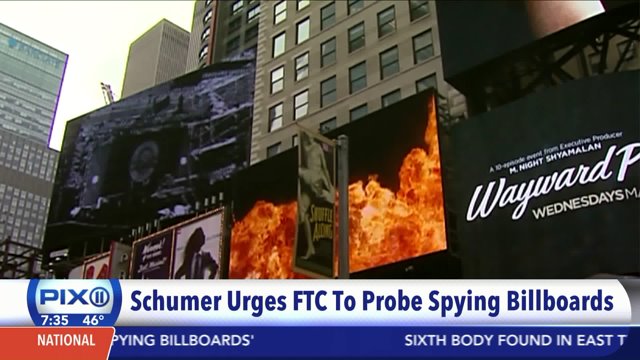 NEW YORK — U.S. Sen. Charles Schumer is asking the Federal Trade Commission to investigate an advertising technique that uses mobile phone data to learn about people who pass by billboards.

An outdoor advertising company, Clear Channel Outdoor Americas, says it works with partner companies to match aggregated location data. It can then cater ads to specific consumers based on the demographics of passers-by and determine if the people eventually end up at the advertiser's stores.

The company uses aggregated data from partners, including AT&T. It says individual consumers cannot be identified.

Schumer, a New York Democrat, wants the FTC to investigate whether it is a deceptive trade practice because he says most people don't realize their location data is being monitored.

Neither Clear Channel nor the FTC immediately responded to requests for comment.