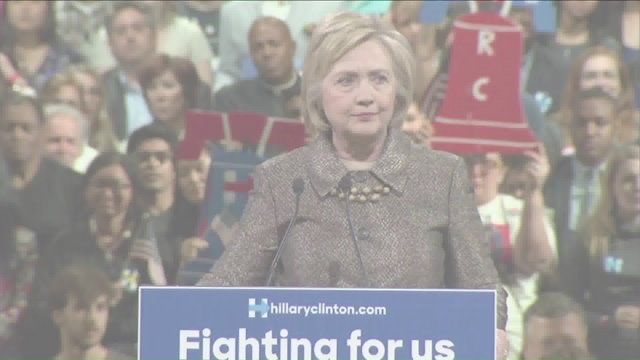 NEW YORK — The woman card is not an actual card, of course, but it is a major issue on social media and online discussions.

Donald Trump says it's a method used by his rival Hillary Clinton to win votes.

That claim has opened up a backlash against the woman card term, but it does not seem to slow down or affect Trump much at all. It may, however, affect his chances to become president.

With at least 58,000 tweets by Wednesday evening, #womancard was the highest trending word on Twitter on the day after big primary wins in five states by Trump.  In his victory speech, Trump repeated a theme he's begun saying frequently in recent days.

“I think the only card she has is the women’s card,” Trump said. “Frankly, if Hillary Clinton were a man, I don’t think she would get five percent of the vote.”

For her part, Clinton won four of the five primaries on Tuesday, and in her victory speech, an electrified former secretary of state had a response for the Republican front runner.

“The other day, Mr. Trump accused me, of playing the, quote, ‘woman card,’” Clinton  said. “Well, if fighting for women's health care and paid family leave and equal pay is playing the woman card, then deal me in.”

"Taking advantage of my womancard and enjoying a lower salary, unpaid maternity leave AND being told to smile more at creepy men.  Wheeeee," read one tweet.

"Hoping I can cash in my woman card for that missing thirty percent of my salary I lost for creating human life," said another of the tens of thousands of social media messages.

Getting reaction from both women and men on the streets of the city was hardly a challenge.

"I think it's a cheap shot," said Kara Elizabeth, on her lunch break at Herald Square.  "I think it's insulting to half the population."

The whole population might feel insulted, said Victorio Loubriel, a man on his way home from midtown.  "Donald Trump is doing nothing but desperation type politicking," he told PIX11 News.

Sixty percent of all women, regardless of party, said they'd vote for Clinton, as opposed to 33 percent for Trump.

"All citizens have the right to pursue their role in this democracy," said Jacqueline Ebanks, executive director of the Women's City Club of New York, in an interview.  "And [Hillary Clinton] is taking that  on for all women," Ebanks continued.  "And we think that all candidates should carry all citizens in their messaging."