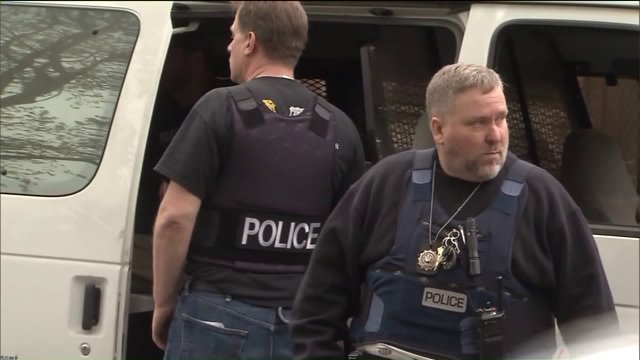 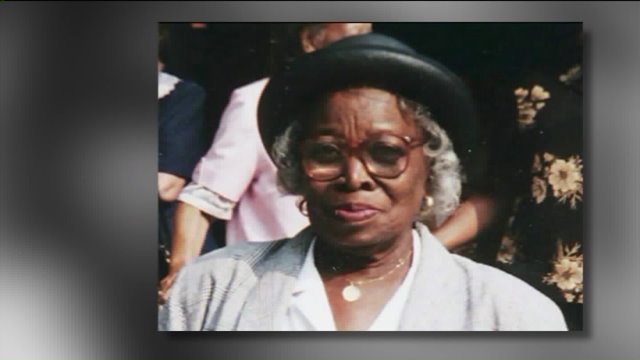 SOUNDVIEW, Bronx — In what's being called a historic takedown, the NYPD, Homeland Security and other agencies have rounded up 120 alleged members and associates of two violent gangs in an overnight raid at several housing complexes in the southeast Bronx.

The raids took place in at least five housing complexes within the 43rd Precinct located in the Soundview section of the borough early Wednesday. It is believed to be the "largest gang takedown in New York City history," according to the Attorney General's Office.

Officials say 88 members were arrested while 30 people are still at large.

During the raid, a man tried escaping from police at 693 E. 236th St., by climbing out of the window. Officers verbally ordered the man to stay inside, but he refused.

Unable to support himself from the window ledge, the man fell five stories and died.

His name has not been released at this time.  The man was reportedly being eyed in connection with a string of robberies.

"Every New Yorker deserves to live in a safe neighborhood that is free from violence," said Mayor Bill de Blasio in a statement Wednesday. "And thanks to the hardworking men and women of the NYPD, New York City is safer than ever today."

According to court documents, 63 suspects were members of the Big Money Bosses street gang, also known as "BMB" or the "Enterprise." This group is a faction of "Young Bosses" or "YBz," which operates throughout New York. They operated mainly near White Plains Road between 215th and 233rd streets in the Bronx.

Fifty-seven suspects were members of the "2Fly YGz" street gang, also known as "2Fly" or the "Enterprise." This group is a faction of "Young Gunnaz" or "YGz"gang, which operates nationwide.

Members in this gang committed acts such as narcotics trafficking, robbery, attempted murder and murder.

Who were the victims?

In addition to the slew of non-fatal acts of violence, members of both gangs are believed to be connected to several murders.

Sadie Mitchell, 92, was sitting in her home in the vicinity of White Plains Road and 224th Street in late October, 2009 when she was hit by a stray bullet. Officials say the shot was allegedly fired by an associate of BMB.

Members of BMB are also accused of stabbing Jeffrey Delmore, 15, and leaving him to die in the middle of East Gun Hill Road around May 2010.

An associate of 2Fly, 24-year-old Fabian Pennant was fatally shot by a member of BMB in the vicinity of Eastchester Road on Oct. 22, 2014.

Darren Epps, 47, was found with a gunshot wound to the head less than half a mile from his house in Williamsbridge on March 13, 2016. He was rushed to the hospital where he succumbed to his injuries.

Mayor de Blasio issued a warning to those affiliated with gangs after the historic takedown.

"To those involved in gang activity in our city, our message today is clear: you will be found and you will be quickly prosecuted for your actions," said the mayor.

Correction: An earlier version of this story incorrectly reported that the FBI was involved in the bust.