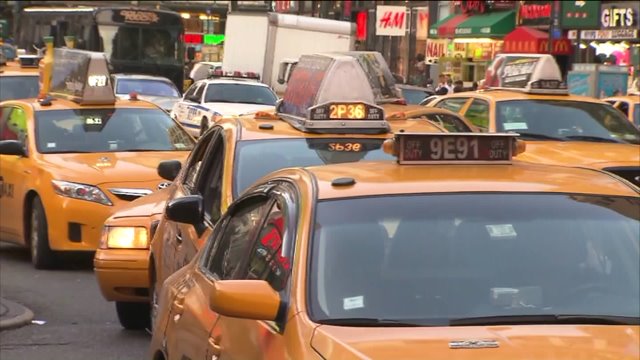 NEW YORK — The partitions separating the driver and passenger in yellow cabs could soon be a thing of the past.

The yellow cab you have grown accustomed to, specifically the cramped quarters created by the partition, has its roots in the crime-ridden New York City of the early 1990s.

In 2016, passengers are more likely to tell you their preference for a partition has to do with privacy rather than safety.

But yellow cab medallion owners are facing fierce competition from app based services such as Uber and Lyft which allows drivers to operate vehicles without a partition.

The city's Taxi and Limousine Commission are giving medallion owners the option to take out the partition if they switch to a surveillance camera system.

“The studies show that In Vehicle Camera Systems (IVCS) effectively deter would-be criminals and significantly improve the likelihood that criminals are apprehended and successfully prosecuted," The TLC stated in a report.

Some drivers don't want the partition to be removed. A driver told PIX11 News that he doesn't own his yellow cab’s medallion and will not have a say in whether or not the partition stays or goes.

“If they do take the partition away, I will not feel safe at all. That’s my take,” yellow cab driver Osman Abdullahi said.

“I think this policy change is a horrible way to react to the economic desperation that drivers are feeling. But the answer is not to ask them to sacrifice the security of their life. They should not have to choose between safety and a livable income,” Desai said.