New York voters may have picked the next president, and it’s not who you think 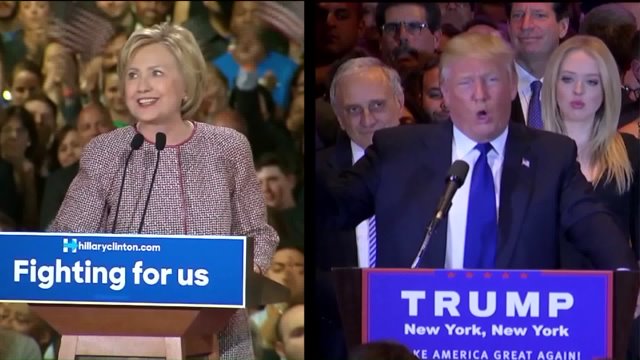 NEW YORK — New York may have just played an integral role in electing the next president of the United States.

Depending on how certain factors play out, the victor that the Empire State may have gotten elected is probably not one of the people who first come to mind.

As a result both are talking about the general election in November, with good reason.

However, Trump's landslide has an asterisk next to it, which had a remote chance of resulting in neither of the two front runners winning the White House.

Trump won every county in New York state handily, except the one where he lives, New York County, which is better known as Manhattan.

It went for Kasich by a three percent margin.  That's obviously a small victory, but in Manhattan neighborhoods with the largest GOP voter turnout, like the Upper East Side, Kasich won by 20 to 40 percent.

Add to that a few more facts, and it's clear how Kasich could possibly become president in 2016:

The Upper East Side, where he did well, is one of the very top GOP donor zip codes; this is expected by some politics watchers to be a contested Republican convention in which Trump loses; most polls show Kasich beating Clinton in a general election.

However, there's more to the story.  "It's highly improbable that John Kasich will emerge as the nominee from a contested convention" said Pehme. "However, if he were to, his record, particularly with women, would be brought up."

That record, Pehme said, is one with which most voters are unfamiliar.  A Democratic candidate, he said, would eagerly to trot it out at every turn, and it contrasts sharply with that of Democratic front-runner Hillary Clinton.

"His fierce anti-abortion stances," said Pehme, "and some of the other things he has done to crack down on organizations like Planned Parenthood.   He has a lot of stances that many New Yorkers would find unpalatable."