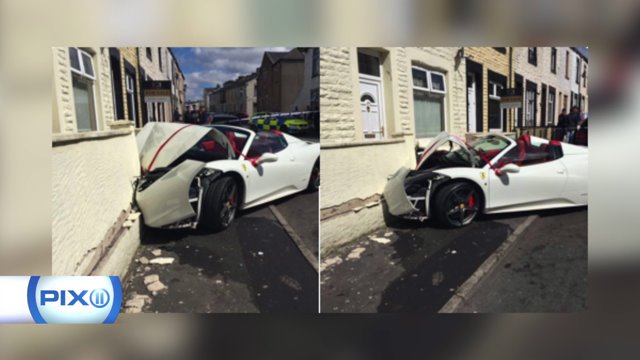 NEW YORK — A newlywed took his vows "till death to us part" almost a little too seriously.

A groom in England and his new wife were lucky to walk away unscathed from a very serious car crash.

According to the Daily Mail, Usman Ali had rented a white Ferrari 458 Spider on his wedding day to ride off into wedded bliss in style.

Unfortunately for him, he apparently put his foot down a little too hard on the gas pedal, and ended up smashing the car into a friends home. His new wife was riding shotgun.

Luckily  Ali and his bride were unharmed, although the groom's wallet didn't come out unscathed.

He reportedly lost the $7,100 deposit he had placed on the rental and is now on the hook for an additional $28,000 in insurance costs.