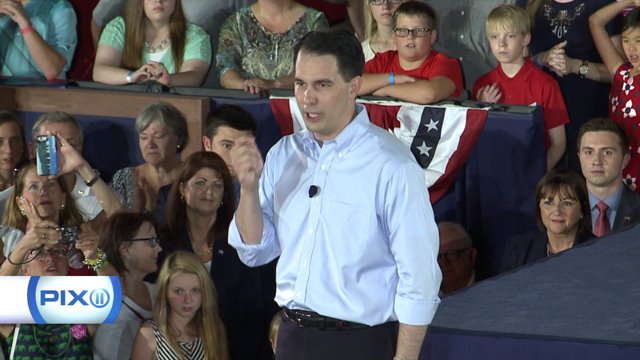 The Republican sent an email to donors Sunday saying, "If there is one thing the American people learned about me during our presidential campaign, it is that I am thrifty." He cites his use of coupons and shopping at sales racks.

The email doesn't mention more than $90,000 a day was spent on his 70-day presidential run.

Walker's email says anyone who donates $45 will receive a campaign T-shirt, but size and color requests won't be honored because of a lack of resources.

Walker says the shirts can be framed or used for "crafty things" like a pillow or bag.

PIX11 News reached out to his campaign about the t-shirt emails, but has not received a response.