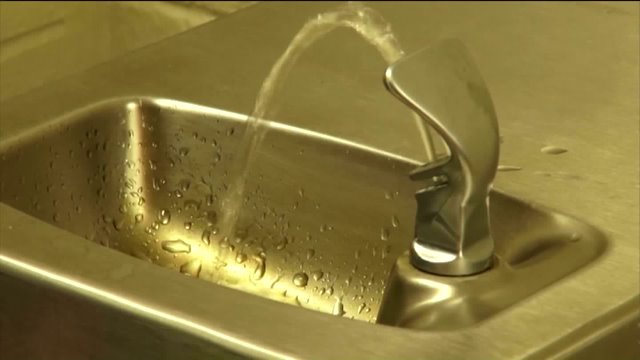 NEWARK, N.J. — New Jersey congressman Donald Payne Jr. (D-NJ) has introduced an amendment to the Safe Drinking Water Act that would force federally-funded schools to test for lead in the drinking water annually or biannually.

The amendment would also require schools to report test results to parents within 48 hours. Payne said that Senator Cory Booker (D-NJ) plans to introduce a companion in the Senate.

“Parents are rightly worried about the safety of their children,” Payne said. “As a parent, I want to know that my children are drinking lead-free water.”

Paterson became the latest among districts popping up in New Jersey to report they had a lead problem. During the 2014 to 2015 school year, test results yielded lead levels above the federal limit in 14 schools.

“Regretfully, parents of students enrolled in impacted schools did not receive information about the 2014-2015 testing until recently and for this I apologize,” Superintendent Donnie Evans' letter said.

Some parents said they didn't hear about the lead issue in Paterson until they saw it on the news. Charles Fields, dad of four, said his son has already tested positive for lead in his blood. He believes he ingested lead paint in an old home.

“With them not telling us, that could have made his lead worse,” Fields said.

A report by The Record newspaper stated that lead at over 13 times the federal EPA limit was found in drinking water at schools 6, 9 and 28 — all elementary schools.

“One thing that I did not know is that there is no mandate to test for lead,” said State Senator Ronald Rice, who came out in support of Payne's proposed amendment to the Safe Drinking Water Act.