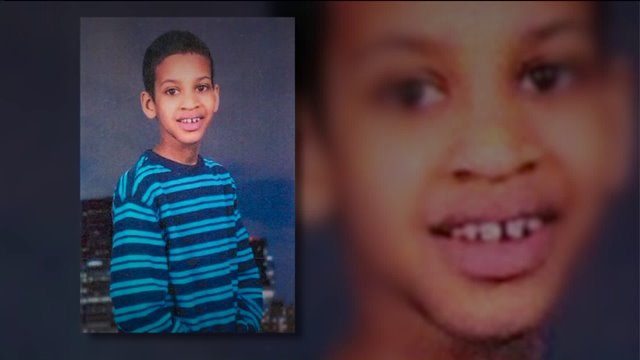 LONG ISLAND CITY, Queens -- Danny Oquendo has reflected many times on the powerful impact of a surveillance video showing his 14-year-old brother Avonte walking out the side door of the Riverview School in Long Island City on October 4, 2013.

“There was a very human element involved, especially with us being able to see the last seconds of Avonte running out of the school,” Oquendo said during an interview with PIX11’s Ellyn Marks.

The teen with autism who could not speak, vanished, and during the massive search for him, Oquendo spoke with PIX11 a number of times about his hope of finding Avonte alive.

But ultimately for the family, and the city, hope would turn to despair when a few months later, Avonte’s remains were found, washed up along the East River in College Point.

“It was a close relationship. I loved him. He’s my brother, so it really hurt,” Oquendo said.

Oquendo managed to turn his pain into something positive. It all started with the first reward offered to help find Avonte.

Gary Mayerson founded the law firm Mayerson and Associates which is dedicated to enforcing the civil rights of those with autism and other challenges. So touched by the lawyer’s effort, Oquendo made it his business to thank him in person, and during their meeting expressed thoughts of going to law school. Mayerson became Oquendo's mentor, guiding the 28-year-old as he applied to law schools.

He’s now at the top of his class at New York Law School.

“He was clearly in our perspective, a diamond in the rough. We knew he would take off immediately, if just given a chance,” Mayerson said.

Last summer, after interning at Mayerson’s firm, Oquendo knew exactly the kind of lawyer he wanted to be. He’s decided to follow in his mentor’s footsteps, dedicating his life to the autism and special needs community.

“I knew that was the best way I could possibly pay homage to my brother,” Oquendo said.