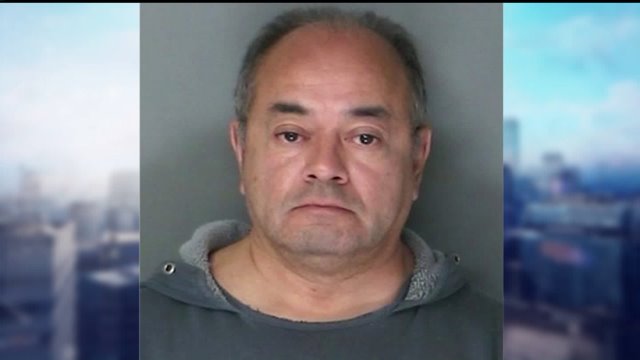 RIDGE, N.Y.  — Authorities say a suburban New York foster parent accused of repeatedly sexually abusing boys in his care kept his victims quiet by threatening them and telling them he had installed hidden cameras in his house to watch them.

“He told them he could hear and see everything they would do,” Suffolk County Detective Lt. Robert Donohue told the Associated Press.

Cesar Gonzalez-Mugaburu pleaded not guilty earlier this month to a 17-count indictment charging him with child endangerment and sexual misconduct. He is accused of abusing children as young as 8.

The Daily News reports that Gonzalez-Mugaburu had been probed nine times since 1998 for allegations of child molestation.

Police say the suspect threatened the boys and took advantage of their vulnerabilities. A detective told the Associated Press that Gonzalez-Mugaburu made a point of taking in boys with behavior problems or developmental disabilities.

Detectives say two brothers came forward in January with credible evidence of an alleged crime, leading to an arrest.

Several of the 140 boys in his care over two decades told the Daily News about the abuse. The boys allege that they were beaten and left outside in freezing temperatures.  Detectives say that the statute of limitations prevents them from pressing more charges.

Suffolk County District Attorney Thomas Spota said Gonzalez-Mugaburu collected as much as $18,000 as a foster parent. He would have between six and eight children in his care at a time.

The Associated Press and PIX11 web producer Alyssa Zauderer contributed to this report.