Man stabbed on subway platform in Brooklyn; no arrests made 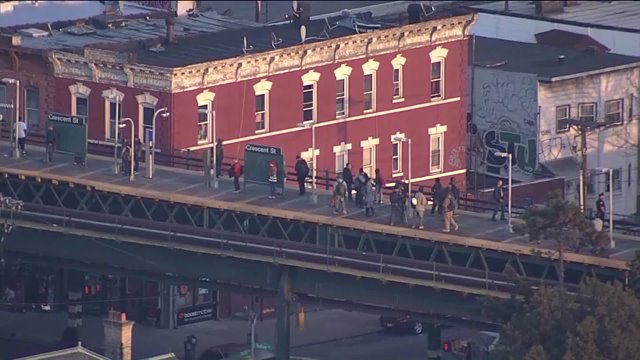 CYPRESS HILLS, Brooklyn -- A man was rushed to the hospital after being stabbed on a subway platform in Brooklyn Wednesday afternoon.

The stabbing took place just before 4:23 p.m. at the Crescent Street station which services the J line in the Cypress Hills area of Brooklyn. It is not known what led to the stabbing.

The man was rushed to Jamaica Hospital where he is expected to survive, police say.

The J train was delayed for a short time, but has since resumed normal service.