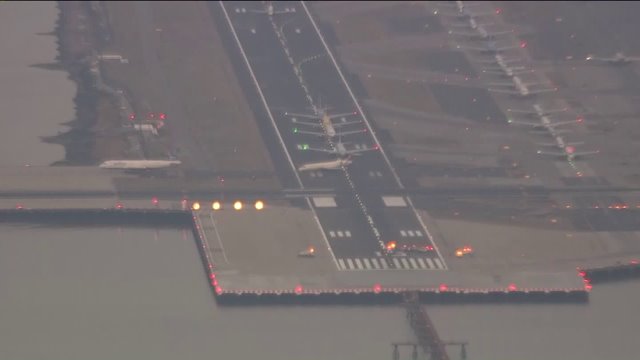 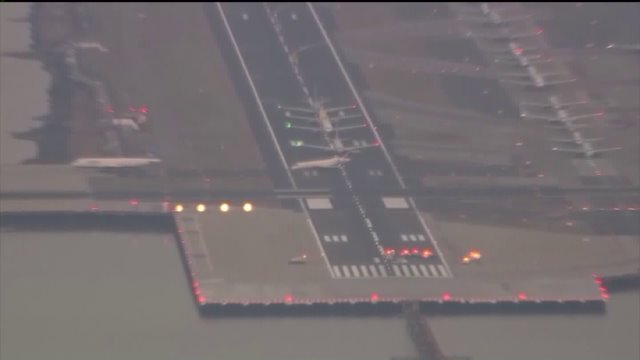 Runway 13 was shut down after a pilot observed damage in the concrete.

Emergency crews were called in to make repairs while hundreds of passengers remained on the planes.

Video from AIR11 showed planes lined up on the runway, waiting to take off. Frustrated passengers tweeted that they had been stuck for hours.

What kind of runway debris would cause #laguardia airport to shut down for over 2 hours? pic.twitter.com/3VNRXrdlVU

Incoming flights used alternate runways but still experienced delays of up to an hour.

The flight board in the terminal illustrated the extent of the problem with the listing of flights canceled and delayed. There was no immediate explanation as to what caused the damage on the runway.

Port Authority expects that flights will get back to normal Thursday morning.