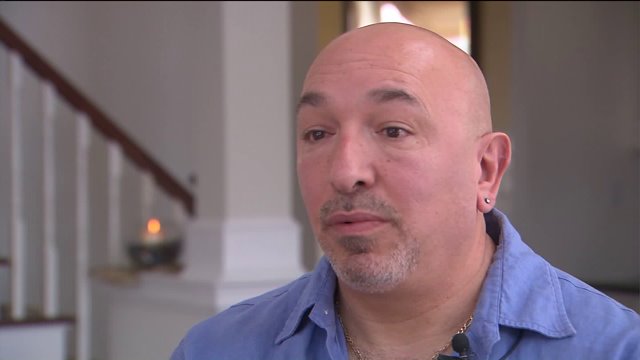 MAHOPAC, N.Y. — James Dannolfo drove a yellow school bus for Chappaqua Transportation for 11 years, but it’s been a year since he was fired for running to the bathroom — and leaving the bus idling outside Seven Bridges Middle School in Westchester.

“I needed to use the bathroom,” Dannolfo recalled. “I just ran inside.”

The problem for Dannolfo is that a second grader from the West Orchard Elementary School was sleeping in the back of the bus.

Dannolfo had dropped off students at West Orchard the morning of March 12, 2015, then was directed to pick up drivers at Seven Bridges Middle School. Normally, he would have gone straight back to the bus yard and checked his vehicle.

When he arrived at the middle school, Dannolfo remembered an urgent need to use the restroom.

“Got to the school, stopped, ran inside, came right back out,” Dannolfo said. “I heard a little boy crying, ran to the back, and there he was.”

Dannolfo told PIX11 News he drove the boy right back to West Orchard Elementary and brought him to the front office. He then went to the bus yard for Chappaqua Transportation and went into the office there to see Seth Corwin, the company’s vice president.

“Went inside, I told my boss the whole truth,” Dannolfo insisted. “I didn’t leave anything out.”

Within an hour, Dannolfo recalled getting a phone call from the president of Chappaqua Transportation, Joan Corwin, notifying him that he was fired.

A termination letter was written the same day.

“You stated that you had left the bus running and found the child in the bus, crying when you returned,” the letter noted. “You did not check your bus after dropping off the students at Westorchard school. You said, ‘the kids turned off the child safety system for you.’”

Corwin reminded Dannolfo of the rules: Our Manual for School Bus Drivers, page 2, states “any driver who leaves a child unattended on a school bus will be terminated." Page 12 states, “The school bus driver must not leave the school bus when children are inside, except in the case of emergency and in such cases, the bus driver shall shut off the engine, remove the key, set the auxiliary brake and leave the transmission in gear.”

Corwin also referred to refresher courses that Dannolfo attended and mentioned a deficiency notice from March 10, 2007.

Acknowledging the regulations Corwin referred to in the letter, Dannolfo said he still deserved a second chance — and told PIX11 News other drivers were given another chance, after more serious offenses.

He claimed another driver had an off-duty drunken driving arrest in his background and another had multiple licenses with different names. Dannolfo claimed one other driver received just a week’s suspension after he failed to find a missing child during a 30-minute search. He claimed the child was later discovered sleeping on the bus.

When we took Dannolfo’s claims to Seth Corwin, vice president at Chappaqua Transportation. He wasn’t pleased that we turned up at the yard.

“No driver got a second chance,” Corwin said, when we persisted in asking questions. “Get off my property,” he added.

When we kept trying to ask Corwin about Dannolfo’s specific claims, he told us he didn’t know what we were talking about. But Corwin finally said, “If they leave a student on a bus, unattended, they get terminated. Zero tolerance.”

When we asked Corwin about allowances for an emergency bathroom visit, he responded, “If he had checked his bus, he would have seen a child sleeping on the bus.”

Dannolfo also complained that his union, Teamsters and Chauffeurs Local No. 456, had not done very much to appeal the decision.

Speaking of the secretary-treasurer for Local 456, Joseph Sansone, the union’s international representative, Bernadette Kelly, wrote, “Mr. Sansone also had several discussions with the Company regarding the termination of your employment and advocated for a penalty short of termination.”

When PIX11 News met up with Sansone at the union’s office in Elmsford, New York, he said he really couldn’t talk about the matter but did note "all I can say is the school district makes final decisions. They’re judge, jury, and executioner.”

It would seem that Dannolfo is out of luck. But he told PIX11 News he wanted his story told.