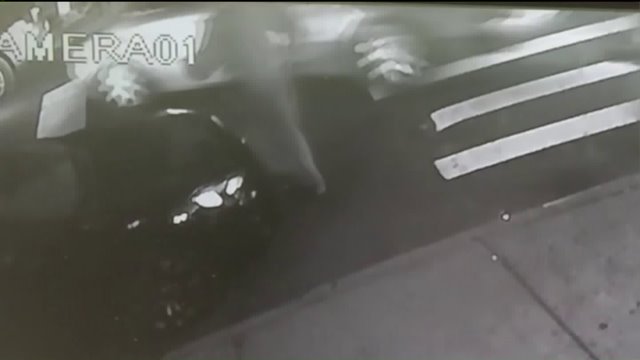 BUSHWICK, Brooklyn — The driver of the vehicle that attempted to flee scene of a police-involved shooting in Brooklyn Tuesday has been charged with assaulting a police officer.

Oscar Vera, 45, of Brooklyn was charged in connection with Tuesday’s drug bust in Bushwick that ended with friendly fire.

Narcotics detectives pulled over the car that Vera was driving after witnessing an alleged heroin deal. A detective then reached into the car to try and make an arrest.

Shots were fired as Vera tried to flee the scene.

Vera, who was shot twice, was taken to Bellevue Hospital in stable condition.

A second suspect who was in the car is in police custody, but has not been charged.

Police sources say a third person is being questioned but is not considered a suspect at this time.