Woman critically injured by hit-and-run driver in the Bronx 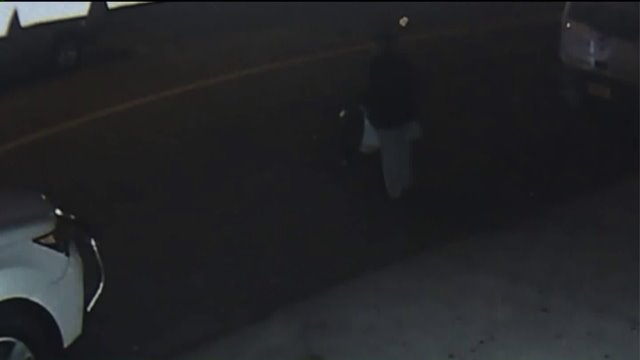 ALLERTON, The Bronx — A woman was critically injured after being struck in a hit and run in the Bronx.

The woman, 48, who uses a walker, was crossing Williamsbridge road between Waring Avenue and Mace Avenue in the Allerton section of the Bronx around 10:30 p.m., Monday.

Surveillance video provided by the Mini Mart and Deli on Williamsbridge captured the accident.

The victim, who police have not yet identified, was trying to cross in the middle of the block. She is seen walking into the middle of the street, stopping at the double yellow lines. Cars can be seen coming from both directions. She waited for them to stop so she could cross. One did not, hitting her.

After striking her, The suspect vehicle took off and kept heading northbound.

Kasey Callum lives in the neighborhood and described the scene.

"The road there was sealed off there was FDNY cops everywhere I saw the walker right over there and then they were putting the woman into the ambulance," said Callum.

Police say they are looking for a late 1980s model white sedan possibly a Cadillac or similar. The vehicle is believed to have front end damage.

Allerton residents tell PIX11 the area is known for speeding.

"When I cross the street I gotta run it's crazy out here they come both ways they don't slow down its dangerous," said one pedestrian.

The victim was rushed to Jacobi Medical Center where at last report she was listed in critical condition.