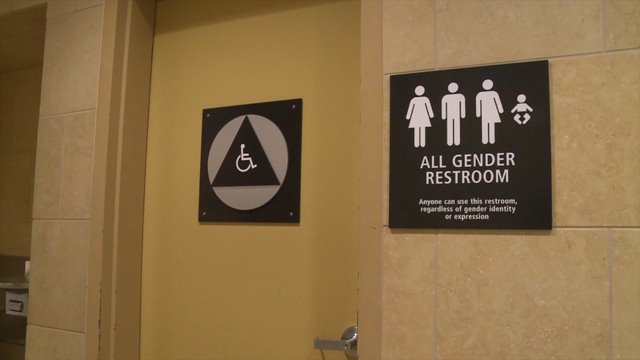 NEW YORK— Mayor Bill de Blasio signed an executive order that requires city run single-sex bathrooms to be available to anyone who needs it, regardless of gender identity.

Bianey Garcia, a transgender community activist in Queens, told PIX11 news about the time she was not allowed to use a woman’s bathroom at a restaurant. She was humiliated.

“This executive order will require the law to be posted clearly for the public and city employees to see,” Mayor Bill de Blasio said.

There is a bill pending in the City Council that would require private buildings to provide gender neutral bathrooms. According to the Human Rights Commissioner Carmelyn Malalis, denying access to a bathroom, like what happened to Bianey Garcia, violated the city’s human rights law.

“New York is a city for us all,” Malalis said.

Nationwide, the trans community continues to struggle with equal treatment and access to single-sex bathrooms. Opponents have argued it’s unsafe or inappropriate. But the mayor said New York is the birthplace of the fight for LGBT rights and should lead the way in equality.

While the executive order is progress, Garcia said as long as her community feels unsafe, there is more work to be done.