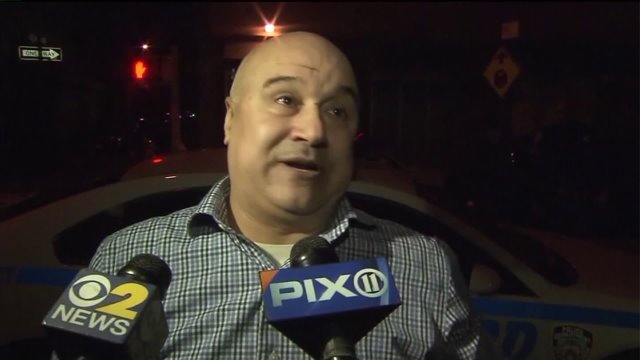 WILLIAMSBURG, Brooklyn –– Police said they have nabbed the three passengers who allegedly attacked a yellow taxi driver as he was dropping them off in Williamsburg.

The incident happened on North 5 Street and Wythe Avenue in Williamsburg around 3:40 a.m., police said.

The cabbie was dropping off the suspects, ages 17, 20 and 21, when one of them, seated in the middle backseat, placed his arm through the partition and used an unknown item to cut his face before fleeing, according to the NYPD.

"I was making a turn and said have a goodnight guys when all of sudden one of them managed to put his hand and slash me on my head, " Mustafa Kadro, whose been driving a cab for seven years said.

Kadro, who said he has never been robbed or roughed up doing his job, suffered a 4-inch long cut on his forehead. He refused medical attention at the scene.

NYPD said an investigation revealed the fare-beating trio mugged a 25-year-old man on South 2nd Street and Wythe Avenue after running away from the cab. He was placed in a chokehold and robbed of his cellphone, according to police. The victim was not hurt.

Charges are pending against the teen and two men in custody, police said.