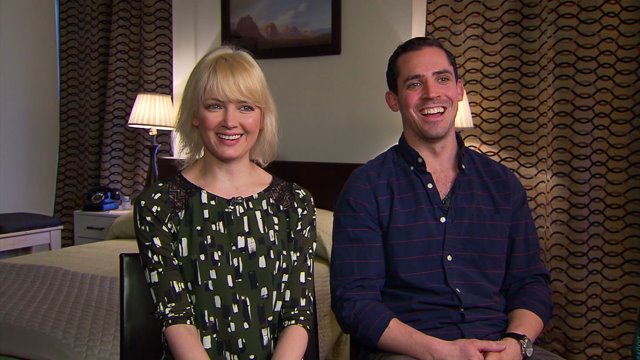 PIX11 sits down with the stars of the new unique play, `Insignificance,` which takes place in a NYC hotel room

"They do have some snacks downstairs that we take full advantage of,” Susannah Hoffman laughed.

Just some of the perks of working in a 5-star hotel.

“I’m not necessarily used to it yet," Anthony Comis said.

Well, that's because Anthony Comis and Susannah Hoffman are actually acting, in a play, right here in this room at Langham Place.

“It’s very cool, because we get to film act in a way, because we’re so close to the people, that’s the upside," Comis explained. "The downside is we can’t say cut and redo something."

They star in the show Insignificance which explores what might've happened during a meeting between Marilyn Monroe, Albert Einstein, Joe DiMaggio and Senator Joe McCarthy in 1953.

“No matter what, people will come with their own expectations," Hoffman said. "We’re not impersonators and this show is really more about maybe what people were like off screen."

This production is presented by the London-based Defibrillator Theatre company.

"When we found out it hadn’t had it’s New York premiere, I was pretty astonished because it’s such a cracking play,” James Hillier, director, said.

The idea is to make each guest feel like they've been transported to the era from the second they arrive.

“You come in the lobby, you go up in the lift, we’ve got stuff going on in the 5th floor,” Hillier explained. "It’s supposed to be a really fun night, and I guess what we try to offer is an enrichment of the play, and free popcorn!”

The performance also take you through many different emotions.

And as an audience member, be prepared to be very close to all the action!

"I feel like I’m going to end up in somebody’s lap at some point!" Hoffman laughed.