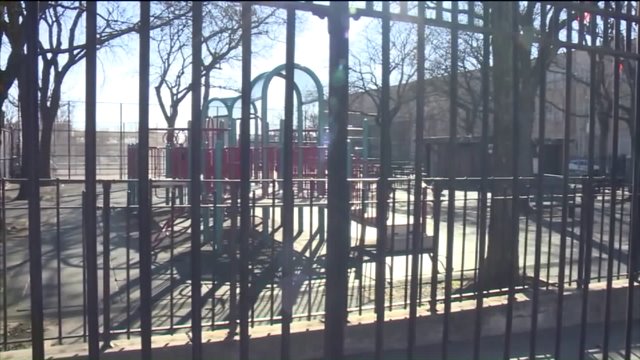 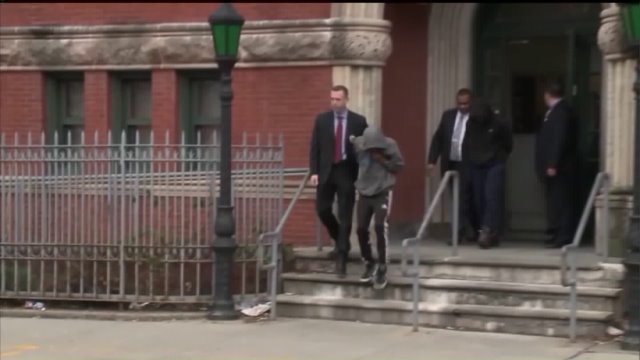 BROWNSVILLE, Brooklyn — Charges have been dropped against five teens who had been accused of raping an 18-year-old at a Brownsville playground last month after the young woman changed her story.

Brooklyn District Attorney Ken Thompson said Wednesday the woman refused to cooperate, gave conflicting accounts, and was having sex with her biological father on the night of Jan. 7 -- the same night she alleged the gang rape happened.

"That night, this young woman’s father and the five young men engaged in conduct that was reprehensible and wrong, but because of the lack of reliable evidence, criminal charges simply cannot be sustained," Thompson said in a statement.

The teens accused — ages 14, 15, 15, 17 and 17 — were originally charged as adults, each with one count of rape, two counts of criminal sex act, and one count of sex abuse. Last month, they had been released from jail after the DA decided the case was not ready to go before a grand jury.

Abdula R. Green is the attorney for Ethan Phillips, one of the formerly accused.

“I’m glad that the DA did an investigation and realized that this case had to be dropped," Greene added. "There was no criminal wrongdoing in this case whatsoever. I believe that this would not have happened if the truth had been told initially."

Thompson told PIX11 News on Jan. 15 his office was not ready to go before a judge in the case.

“We are determined to get to the truth about what happened in that park,” Thompson said at the time.

Along with recanting her story, the woman refused to cooperate with any prosecution on incest charges against her father, who the DA said was engaging in sexual conduct with her.

"It is my fervent hope that this young woman gets all the support that she needs going forward. My office, including our victim advocates who have been working with this young woman, stand ready to provide her with any assistance she may need," Thompson said.

Police said their investigation into the matter is "officially closed."

At about 9 p.m. the night of Jan. 7, the young woman said she was with her father at Osborne Park in the Brownsville section of Brooklyn when a group of five teens came up to them. The father told police one of the boys pulled out a gun and ordered him to leave.  He says he did and that's when he alleged the teens attacked his daughter.

Among the purported evidence was cellphone video recorded by one of the teens.

The matter outraged the community and sparked calls for arrests. Police released surveillance video of the group inside a bodega earlier that evening. But the story was burdened with inconsistencies and problems from the  beginning. Among them: no gun could be found.

Community advocate Tony Herbert is standing by his initial calls, before the entire story came out, to have the teens brought to justice.

But Defense Attorney Kenneth Montgomery, who represents Denzel Murray, one of the formerly accused teens, said  a rush to judgement derailed the path to justice.

“Politicians, police officers, everyone went and rushed without actually investigating the case. Investigation is one of the most important parts of law enforcement, and that wasn’t done. It wasn’t completed. Clearly it wasn’t completed,” Montgomery said.

Below is the full statement from DA Ken Thompson regarding the dropped charges:

“Working closely with the NYPD, my office has thoroughly investigated disturbing and very serious allegations of a gang rape at gunpoint last month inside the Osborn Playground in the Brownsville section of Brooklyn.

The complainant, as well as her father, provided multiple inconsistent accounts to NYPD Detectives and to experienced Special Victims prosecutors about important material facts in this case. The complainant has recanted her allegations of forcible sexual assault and the existence of a gun, and she does not wish to pursue criminal charges against any of the defendants. She also refuses to cooperate with any prosecution against her father, who was engaging in sexual conduct with her.

That night, this young woman’s father and the five young men engaged in conduct that was reprehensible and wrong, but because of the lack of reliable evidence, criminal charges simply cannot be sustained.

It is my fervent hope that this young woman gets all the support that she needs going forward. My office, including our victim advocates who have been working with this young woman, stand ready to provide her with any assistance she may need.”