While many kratom users call it a miracle drug, others warn it could be dangerous 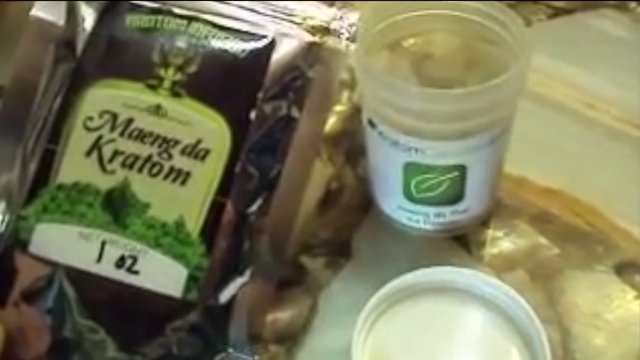 For Keith Pascucci, it's as common as having a cup of coffee — a daily dose of kratom is just part of his daily routine.

Before discovering the plant, which is native to South East Asia, Pascucci was more than 100 pounds heavier suffering from degenerative disk disease.

"I had trouble getting up out of bed," said Pascucci. "First I went to see an orthapedic surgeon and he wanted to just try painkillers and muscle relaxers. That was the first option."

Aware of the addictive potential of painkillers, he did some research of his own and discovered kratom.  He starts each day with a few grams of the ground leaf in a cup of tea and says he no longer suffers from the severe pain that was ruining his life.

"It's an absolute miracle," he said.

Pascucci isn't alone— PIX11 received a number of e-mails and comments from people praising the positive effects of the plant.

"Kratom has saved my life from 15 years of heavy drug use," wrote Bryan Merrell. "Now I'm enjoying life pain free and once a month I stop and take a 5 day break and reset my tolerance to it. When I do there's no withdrawal symptoms."

"I started using kratom to help with my chronic pain but what I've found out is I don't need anxiety pills any more. I don't take antidepressants anymore, I'm off 11 medications now! I'm not a regular at the pharmacy," wrote Kelly Divine.

Time and time again advocates described kratom as a lifesaver— but not everyone agrees. The Drug Enforcement Administration currently lists kratom as a "drug of concern".

"It could possibly be helpful to people. However, right now there's no safeguards in place," said Sen. David Carlucci.

Carlucci sponsored the bill in the New York State Senate as a partner bill goes through the Assembly.

"What I would really like to see done is that the FDA or at minimum New York State figure out how to regulate this drug," said Carlucci.

While the main side effects seem to be nausea and dizziness, there was one reported death from the drug in Colorado two years ago.

Gloria Anderson, Supervisor of Addiction Programming at the Hazeldon Betty Ford Clinic in Tribeca, says she's seen the drug spike at the facility over the last six months.

Anderson says before then she had little knowledge about kratom, now about 20-percent of the patients report using the drug.

"They often are using it as a band-aid when they are unable to get a hold of opiates such as pain killers and heroin," said Anderson.

Which is why she and the organization support adding kratom to a list of drugs that includes things like heroin, LSD, and for the time-being marijuana among others.

"We do think scheduling kratom as a schedule 1 drug would effectively ban it to open up some research and is warranted and would make a strong piece of legislation."

But the problem could be with the packaging. Right now kratom in the U.S. comes primarily in three forms: ground leaf, capsule, and liquid.

Most sales are online, but it's also available in headshops. Sometimes sitting next to synthetic drugs in similar packaging.

"People think it's some drug like spice or whatever some of those synthetics are," said Angela Ross of the American Kratom Association. "That's the biggest misconception and that's how it gets on some of these bans because they don't know it's not that."

Which is why Ross and the AKA say the biggest challenge could be education.

"Do your research. Ask, where did this come from? Let me see the testing information. This is stuff people can ask for. And if you're not asking for that, I don't know. I want to know what's going in my body," said Ross.

While most people acknowledge some level of addiction, usually on par with caffeine, Pascucci says he shouldn't be forced to suffer in pain while the government comes up with regulations and studies the effects he's already felt first hand.

"They're not going to ban coffee, they shouldn't ban kratom."

Right now Sen. Carlucci's Bill is sitting in committee.  It could come forward for a vote anytime during the session.  In the meantime the AKA is traveling the country to lobby lawmakers not to ban the drug without further testing first.