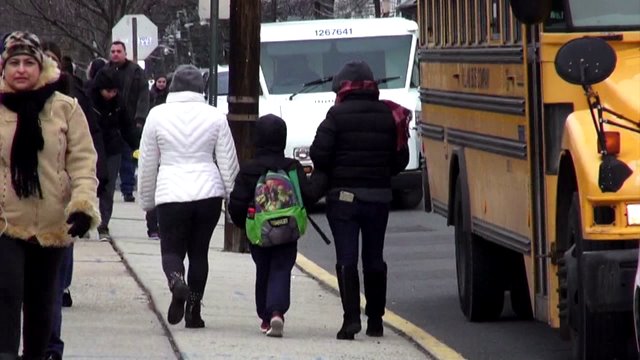 ELIZABETH, N.J. -- An investigation by PIX11 found that Elizabeth Public Schools paid approximately $5.98 million to in-house legal staff, outside attorneys and on overtime during the 2014-2015 school year, according to district data.

That means that for every student enrolled in Elizabeth Public Schools, the district pays about $237 to attorneys.

“Woah! I think that’s terrible. Because I think the kids’ education is more important,” said Yurvette Maxfield, as she picked up her grandson from Robert Morris Elementary School.

The district’s legal bill also dwarfs the amount spent on textbooks for kids. Elizabeth Schools paid approximately $794,000 for textbooks during 2014-2015, according to district data.

“We’re spending millions and millions of dollars that could be going towards the needs of the children in this district - which are great, the needs here - to pay lawyers,” said Christina Moriera, a vocal critic of the board and founder of Elizabeth Parents and Students Care.

The district pays more for legal representation than it does for heat, gas or electricity for all it’s school buildings, the data also shows. The Department of Education lists over 30 schools in the district.

“No teacher should have to spend money on books and extra materials - crayons, glue, scissors - because it’s a free public education. So we need to work together to make sure that that happens for all kids,” said retired Elizabeth special education teacher, Dr. Patricia Gallante.

One parent in the district told PIX11 that she spent thousands of dollars to hire her own attorney, after the district allegedly failed to provide an appropriate environment for her son with special needs.

“Everything is lets go to an attorney,” said mom, Maria Lorenz, “I mean, where is this money coming from, frankly? If we have so much money to spend on legal fees, that money could be spent someplace else.”

A new school board majority was elected in November, and some are pledging to reduce legal costs.

“Last year they had to raise taxes, about $7.5 million. We had to let go of 81 staff members including some teachers,” said Jose Rodriguez, member of Elizabeth’s school board. “It really hurt our stomach, our hearts to be raising taxes to then give it to our lawyers.”

Rodriguez said the board has hired a forensic auditor to comb through the district’s exorbitant expenses, and they also fired an in-house board attorney.

“It’s just a waste of really taxpayers money. Not even just local taxpayers dollars. I mean we get $356 million from the state of New Jersey. So that’s New Jersey taxpayer dollars that are going to these exorbitant legal fees,” he said.

PIX11 reached out to the Superintendent of the Elizabeth School District for comment today. As of Friday afternoon, we have not heard back.