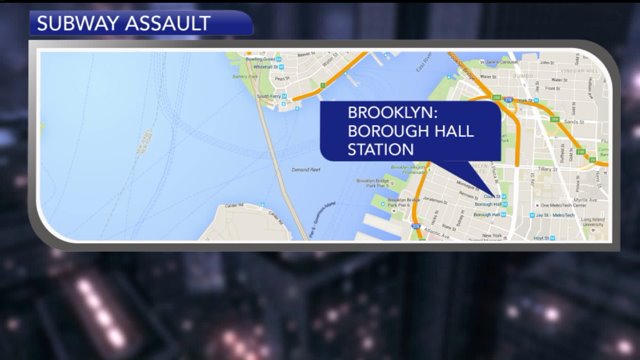 DOWNTOWN BROOKLYN -- It was a close and terrifying call at a Brooklyn subway station for a young woman pushed toward the tracks by a homeless man, police said.

It was about 8 p.m. Thursday when the man yelled at her to leave the Borough Hall station where she was waiting for a northbound No. 4 or 5 train, police said.

As she was walking away from the screaming stranger, the man snuck up behind the 27-year-old victim and shoved her toward the tracks, police said. She grabbed onto a pillar to stop her from falling and escaped before a train came barreling into the station.

The culprit ran away and the victim took a train to Union Square where she reported the attack to transit police, authorities said.