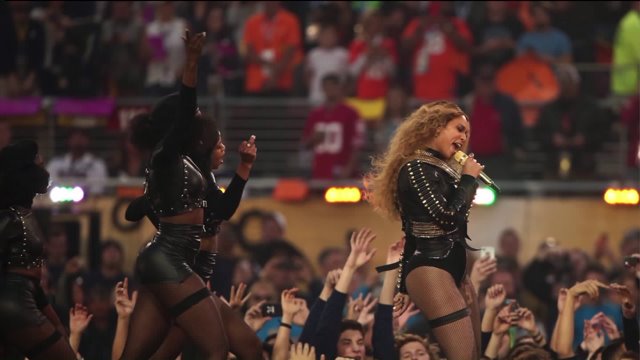 Ed Mullins is so incensed over the Grammy winner's black power performance at the Super Bowl, he's thinking of encouraging a similar security boycott for her concert at Citi Field in June.

Performing music from her new single "Formation,"  Beyonce and her backup dancers wore outfits modeled after the militant Black Panthers group of years past, and offered support of the current Black Lives Matter movement.

Many were outraged by the performance they considered was more of a political statement.  The provocative performance was condemned by police because it promoted the Black Liberation Army who were responsible for the 1981 shooting of police officers Richard Rainey and John Scarangella.  Scarangella was killed and Rainey, who was wounded, died recently.

The Miami police union claims Beyonce is using her music to divide Americans and the message shows she doesn't support law enforcement.

SBA President Mullins tells PIX 11 News, "Law enforcement across the country has to make a statement that we're not bad guys and she's got to stop portraying us as bad guys."

He said by boycotting the police presence at her concerts gives cops an opportunity to get their message across.

"As much as I like business, I would not provide any security personnel for her concerts," he declares.

Mullins says he's going to explore the boycott idea with his Board members, but says he'd like to meet personally with Beyonce in hopes of getting her to stop her anti-police rhetoric.

PIX11 reached out to the larger police union, The Patrolmen's Benevolent Association to find out where it stands.  But there has been no immediate response.