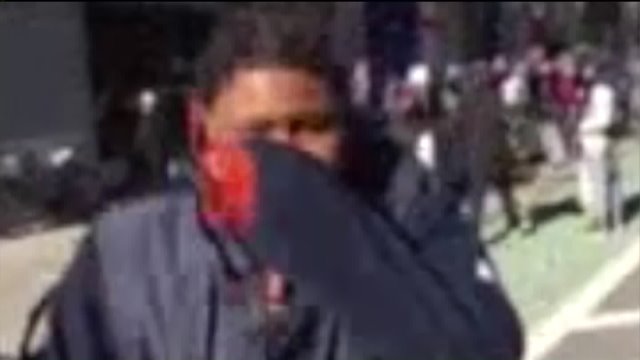 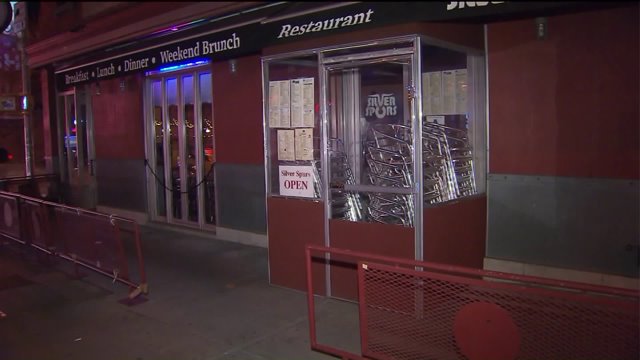 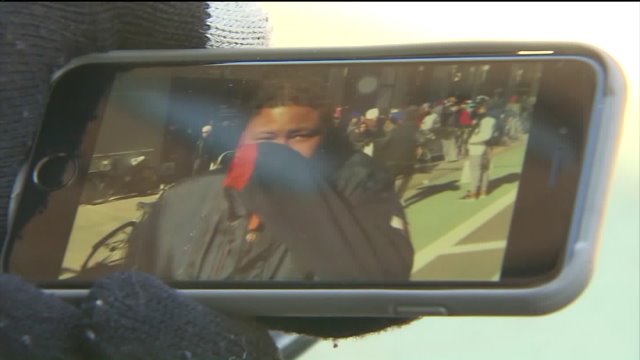 SOHO – A man was slashed in the face Thursday as people lined up to shop at a SoHo clothing store, police said.

As people lined up around 2:10 p.m. outside the Supreme store near Prince and Lafayette streets for the release of the Spring/Summer collection, a man walked up to the victim as he left the store and demanded his shopping bags, according to witnesses.

The victim refused, and the suspect cut him across the face with a sharp object before fleeing, police said.  One witness, Jamal Green, said the open cut to the right side of the man's face was sizable, and compared it to the length of his finger.

The victim, who is in his 20s has not been identified.  He was rushed to New York Downtown Hospital.

People lined up outside the Supreme store at Lafayette and Prince streets for the release of the Spring/Summer collection.

On Thursday, police were already hunting a box cutter-wielding suspect who sliced open a 25-year-old's face outside a Greenwich Village restaurant.

The victim in that attack was working at the Silver Spurs restaurant on LaGuardia Place around 8 p.m. Wednesday when he told a young man canvassing customers for donations – allegedly for a basketball charity game – to leave.

Police are looking for this man, who they say slashed a Silver Spurs restaurant worker Wednesday. (DCPI)

The suspect became irate and the two traded punches outside the restaurant before the suspect pulled out the blade slashed him across his left cheek, opening a large gash that took 120 stitches to close.

The latest attack also took place steps from the Broadway-Lafayette St. subway station where a 71-year-old woman was slashed in the face while riding a D train.

This is a developing story; refresh for updates