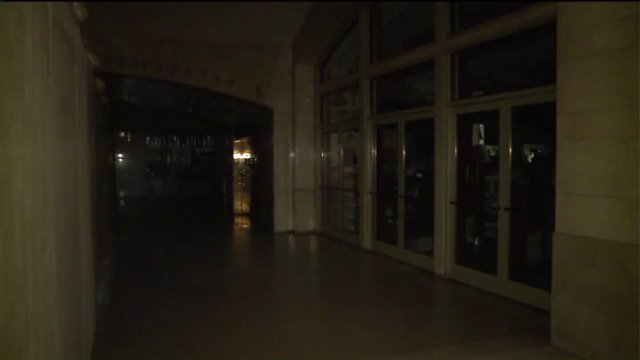 MANHATTAN – Electricity was out Monday morning in a portion of Grand Central Terminal and the outage is being blamed on water hitting a transformer, officials and witnesses said.

A spokesman for Metro-North said a call came in about 9:30 a.m. about the outage, which is affecting the lower levels. There were sporadic outages on the upper levels earlier in the morning.

As of 11 a.m., power had been restored to the main lobby. The Lexington Avenue and Vanderbilt corridors were still dark, however, and no one was allowed to go downstairs.

Only the main entrance is open. All other doors are locked or blocked off by police, witnesses said.

Trains are running solely on the upper level and are operating on a weekend schedule due to the Presidents Day holiday.

Witnesses said the ticket machines appear to be down. Police and state troopers are on the scene.