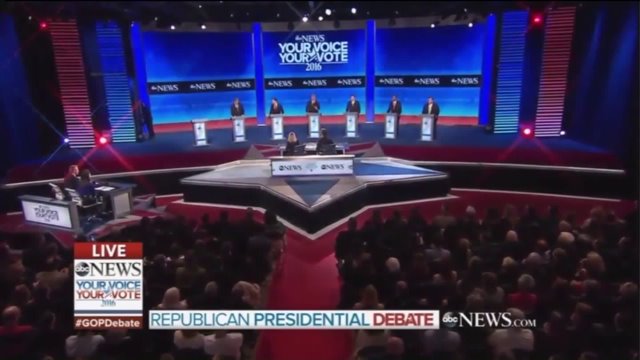 While Ted Cruz won the Iowa caucus for the Republicans, and Hillary Clinton won for the Democrats—a new Monmouth University Poll says that Donald Trump and Bernie Sanders are leading in the primaries.

The gloves were off at Saturday nights Republican debate and for the first time the drama had nothing to do with Mr. Trump. NJ Governor Chris Christie tried to wrestle some of the momentum away from Marco Rubio. Several polls suggest Rubio has the best chance of winning for the Republicans.

But the most talked about moment of the night wasn't about the issues or the heated jabs between Rubio and Christie—it was simply the intro.

At the start of ABC's broadcast, Ben Carson seemed not to hear his name. He lingered behind the curtain as other confused candidates walked past him.

Soon, Trump— who apparently had the same problem—joined Carson in waiting. Then there was Kasich who wasn't even introduced at all, until the moderators were told they'd missed the Ohio governor.

Despite the snafu Trump— who boycotted the previous debate— told reporters backstage that he had won the night.